Are There Psychoactive Drugs in Your Drinking Water? 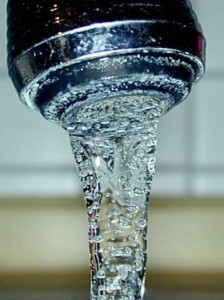 Add to this the use of medicines for family pets and in agriculture, and the amount of pharmaceuticals used in the US and UK runs into the hundreds of thousands of tons. What happens to these pharmaceuticals once they’ve been ingested and have accomplished their task?

Once a medication is ingested, it is metabolized. That means it passes through the body, is digested and then distributed throughout the body. Like other nutrients, the body takes what it needs. Once a medication is used to address the disease or disorder, the byproducts are returned to the blood stream. They are cleaned from the blood by the liver and the kidneys and then eliminated from the body as waste. 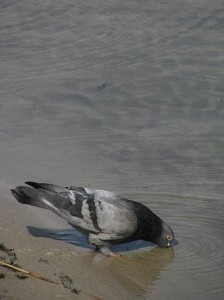 The waste goes into the municipal sewage system where it is processed by sedimentation techniques (settling) and chemical sanitation. The sediment is removed and placed in landfills or used as a solid soil fertilizer. The water is either processed and reused or returned to the environment for natural recycling. It sounds easy enough.

However, the vast majority of pharmaceuticals are not substances found in nature. They are synthetics, made from natural extractions, which have been altered for medical purposes. These alterations are intended to enhance the medicinal effect of the original extract by making it more metabolically friendly. While it may work well as medicines, its ambient presence in the soil, lake sediments and water systems poses a potential problem.

Once in the environment, microbes act as filters and build concentrations of the medications in their systems. Billions of these microorganisms are consumed and passed up the food chain until they are consumed by fish, crustaceans or mollusks. At this stage, the concentrations of pharmaceuticals can become problematic. In metropolitan areas where sewage released in water is especially high, fish can become disoriented by medical contaminants. Shrimp are known to change their behavior, making themselves more vulnerable to predators. Beyond their own behaviors, these organisms enter the food chain for larger, higher animals, including humans. 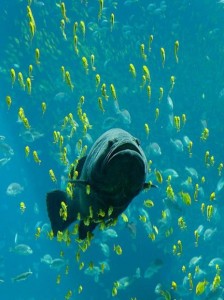 As ambient chemicals enter the water and soil, nature must make adaptations. Infectious bacteria can develop tolerances for antibiotics. Plants absorb the chemicals into their roots, stems and leaves. In higher order animals, diluted stimulants in the foods are stored in fat cells. When fat is burned by the body for nutrition, these chemicals are released as toxins. The effect can be disruption of the neuro-pathways, hormone sequencing and the reproductive cycles.

While these symptoms are not seen widely in the world, the increasing use of pharmaceuticals and the ever more complex nature of their composition, without safeguards against environmental contamination, could well be a problem in the near future. The erratic behavior of fish, crustaceans and mollusks may well be the first warning signs.