Obsession with killing microorganisms is dangerous for humans and planet, scientist warns

Using products with antimicrobial chemicals must be a great way to protect your health. After all, you’re killing loads of germs while you wash your body and clean your house — and that’s a good thing, right? Not according to biologist and engineer Rolf Halden of the Biodesign Institute at Arizona State University. In fact, he’s sounding the alarm these commonly used chemicals aren’t safe for human health and the environment. What’s more, they don’t even work better than plain soap and water. 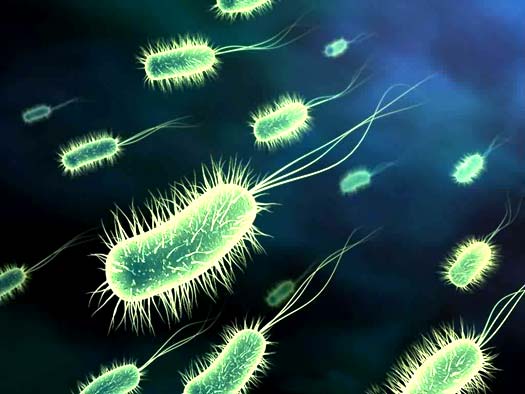 The two most popular antimicrobial compounds, triclosan and triclocarban, are now a billion dollar a year industry and are found in a host of personal care products. Triclosan is added to plastic containers, toys and even clothing, too. First patented in l964 to kill germs before surgical procedures, the compound was pushed on consumers in the l980s when antimicrobials were hyped through massive marketing campaigns for “anti-germ” hand soaps. By 2001, a whopping 76 percent of all liquid soaps contained the chemical.

The trouble is, Halden pointed out in a press statement, these chemicals persist in the environment and in your body. Levels of triclosan in humans have soared by about 50 percent since 2004, according to newly updated data from the Centers for Disease Control and Prevention (CDC). And both triclosan and triclocarban are present in 60 percent of all rivers and streams nationwide.

And here’s additional shocking news about the accumulation of these chemicals: antimicrobial chemicals now regularly show up in household dust where they may act as allergens. What’s more, 97 percent of all U.S. women show detectable levels of triclosan in their breast milk.

So what are the exact health risks from these unnecessary chemical exposures? No one knows for sure. However, both triclosan and triclocarban have been linked to endocrine disruption, with potentially serious negative impacts on sexual and neurological development. Moreover, as these antimicrobial chemicals accumulate in the environment, they are interacting with microorganisms exposed to them and that increases the likelihood that a superbug will develop from this mix. Ironically, such an infectious agent would be resistant to the very antimicrobials developed to kill disease-causing germs — and the consequences could be dire for human health.

While the EPA has claimed triclosan and triclocarban are eliminated from water during the treatment process, Halden noted that the EPA has come up with their “facts” from chemical industry-funded studies of wastewater treatment plant effluent. But these compounds, which contain benzene ring structures that have been chlorinated, are created in a way that is notoriously difficult to break down, according to Halden; the chemicals tend to stick to particles which decreases their availability for breakdown processes. That made Halden wonder if these compounds might actually still be present in the solid byproduct known as sewage sludge left over after wastewater treatment.

So his research group decided to test a large wastewater treatment plant serving 1.3 million people in the Mid Atlantic region of the U.S. in 2006. The scientists found that, indeed, the mass of triclocarban entering the wastewater treatment facility was simply moved from the water into the sludge. Additional tests have confirmed the accumulation of triclosan in sludge, too.

“We make 13 billion pounds of dry sludge per year,” Halden said in a statement to the media. “That is equal to a railroad train filled with sludge stretching 750 miles from Phoenix to San Francisco.”

And, unfortunately, about 50 percent of this sludge ends up on agricultural fields. The chemicals can then migrate into food or leach into groundwater. What’s more, Halden pointed out it’s likely that antimicrobials are capable of moving up the food chain, through a process known as biomagnification.

In recent studies published in Water Research and The Journal of Hazardous Materials, Halden and his research team documented that, based on a survey of 72 chemicals entering the wastewater treatment stream, triclosan and triclocarban account for two-thirds of the mass of all the antimicrobials in sludge. And massive bioaccumulation of these antimicrobial chemicals has now been documented in various species, including earthworms. A recent study found dolphins had accumulated triclosan in their bodies from contaminated coastal waters, too.

Halden noted the thresholds for killing microbes are much higher than those for life forms like algae, crustaceans and fish. “This explains why residual concentrations of antimicrobials found in aquatic environments are still sufficiently harmful to wipe out the small and sensitive crustaceans, which are critical to the aquatic life cycle and food web,” Halden stated.

In 2005, the FDA asked an expert panel, which included Halden, to review all the available information on these chemicals. Their conclusion? Regular use of antimicrobial products by the general public was no more effective against disease causing germs than simply washing thoroughly with regular soap and water.

“The culture of fear leads people to make impulsive decisions and buy a lot of antimicrobial products that are not really needed,” Halden says. “It’s a profitable market to be in, but not one that is ultimately sustainable or a good idea.”