In the study of religion, water is used as a symbol and as a ritual object. Even in rituals, however, the use of actual water is laden with symbolic content, and its function is a symbolic one. 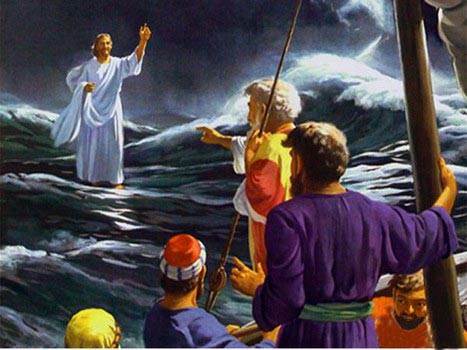 Symbols, then, are where we should begin a discussion of water in Western religions. Symbols are any figuration, whether in image, material, or in language, which is invested with cultural meaning. The meaning that a symbol has, however, is not limited to denoting one thing–symbols, by definition, mean many things at once. The classical distinction was made by Ferdinand deSaussure; he wrote frequently about the differences between “signs” and “symbols.” According to Saussure, a sign is arbitrary, whereas a symbol is not.

For example, stop lights are signs. The fact that red means “stop” and green means “go” is absolutely arbitrary–there is no natural relationship between “red” and “stop.” If everyone agreed to it, we could replace all of the red lights with fuschia lights, and everyone would stop where and when they were supposed to. And as much as one may joke about it, traffic lights mean one thing: red does always mean “stop.” It never means “go” or “slow down.”

Symbols on the other hand always mean several things at once, and they are tied to a history and a group in such a way that they are not easily replaceable. If the government, let’s say, informed the people that fuschia traffic lights would cut down on costs, there would be very little protest over the change. However, if someone proposed that the country change its flag to a nice beige one, there would be riots. People’s identity is at stake in symbols; regulation is the only thing at stake in traffic lights.

There are many ways of expressing that symbols mean several things at once. “Overdetermined” is my favorite; “polysemic” and “multivalent” are also handy. Each word denotes that the subject at hand means too many things at once to be able to pin it down.

Water is overdetermined in the history of Western religions. Just a quick word association will tip one off to that: cleansing, washing, drowning, sea monsters, sea battles, thirst. The first mention of water for Judaism, and later Christianity, is found in the first verse of Genesis: “In the beginning, God created the heavens and the earth. The earth was without form and void, and darkness was upon the face of the deep; and the Spirit of God was moving over the face of the waters” (Gen. 1:1-2).

Several images spring from a single sentence: formlessness, void, and darkness all suggest chaos. The repeated use of the phrase “face of” for water, however, also suggests its reflective properties. (Keep in mind, Genesis was written some three thousand years ago, when water was about your only chance of ever seeing what you looked like.)

The order of the creation story is also telling. After creating the heavens and the earth, God then creates light and separates it from the darkness. This is the third thing God does: “And God said, ‘Let there be a firmament in the midst of the waters, and let it separate the waters from the waters” (Gen. 1:6). Order is now imposed on water; or, as the Greeks would have it, “cosmos” (order) has been created out of “chaos.”

The ancient Israelites, however, were semi-nomadic peoples who lived in very arid climes. They never became great naval powers like the Phoenicians, and they never even developed much of an interest in stars and planets like their polytheistic neighbors who needed these things for both navigation and astrology.

It is of no great surprise, then, that writing about water was ambivalent at best in the Davidic and later periods (the Hebrew Scriptures were begun during the reign of King David, defeater of the Philistines and founder of Jerusalem, about 1000 BCE.) On the fifth day, these are the very first sea animals created: “So God created the great sea monsters, and every living creature that moves, with which the waters swarm, according to their kinds, and every winged bird, according to its kind” (Gen. 1:21).

The most famous Biblical reference to water is probably the flood. Many ancient societies appear to have had some mythology about a deluge, a flood of such an enormous proportion that it destroys all existing life. In the hands of the ancient Israelites, water becomes the instrument of God’s wrath: “‘For behold, I will bring a flood of waters upon the earth, to destroy all flesh in which is the breath of life from under heaven; everything that is on the earth shall die” (Gen. 6:17). Noah and his family, of course, as well as the pairs of animals, are spared a watery death, and the image moves from water as punishment to one of cleansing: the sinners have been wiped out, and Noah’s descendants have a clean slate, as it were.

Water destroys, but it also creates. God promises to never flood the earth again, and makes the sign of the end of rain, the rainbow, the symbol of the covenant. Genesis states, “‘I will establish my covenant with you, that never again shall all flesh be cut off by the waters of a flood, and never again shall there be a flood to destroy the earth.’ And God said, ‘This is the sign of the covenant which I make between me and you and every living creature that is with you, for all future generations: I set my bow in the cloud, and it shall be a sign of the covenant between me and earth'” (Gen. 9:11-13).

The ocean remained a potentially threatening and mysterious topic in Israelite writing. When Job is being interrogated by God for assuming too much, God demands of him, “Or who shut in the sea with doors when it burst forth from the womb; when I made clouds its garment, and thick darkness its swaddling band, and prescribed bounds for it, and set bars and doors, and said ‘Thus far shall you come, and no farther, and here shall your proud waves be stayed'” (Job 38:8-11). Once again, only God is able to impose order–to create cosmos–out of the chaos that water threatens.

However, if water is the hand of God in punishment, it is also the hand of God in meting out justice. In the exodus from Egypt, God parts the Red Sea to let the Israelites pass, and Moses is given the power to close it again, drowning all of the pursuing Egyptians: “So Moses stretched forth his hand over the sea, and the sea returned to its wonted flow when the morning appeared; and the Egyptians fled into it, and the Lord routed the Egyptians in the midst of the sea. The waters returned and covered the chariots and the horsemen and all the host of Pharaoh that had followed them into the sea; not so much as one of them remained” (Ex. 14:27-28). Humans are at the mercy of water much like they are at the mercy of God.

Life in ancient Palestine was dependent on sources of fresh water. Villages were clustered around water supplies; grain, the core of survival and of wealth, required water. The Israelites triumphally cross the river Jordan. Moses draws milk from rocks and turns the Nile to blood. Dependence on water, for both the Israelites and for their enemies, is everywhere in the scriptures.

However, water is also dangerous in the Hebrew Bible. It destroys, drowns, and kills by its mere absence. Incredible and dangerous animals like the hippopotamus and the crocodile live in water, giving us the words “behemoth” and “leviathan” respectively, which today mean monsters. Indeed, water is used to separate the divine and the divinely chosen from the merely mortal. Water cannot be formed, tamed, or shaped by human hands. Only the divine has the capacity to command water… “Thus far shall you come, and no farther.”