The Office of the Director of National Intelligence (ODNI) recently released a report entitled Global Water Security that claims water supply issues around the globe will lead to economic instability, civil and international wars, and even the use of water as a weapon in the next several decades. 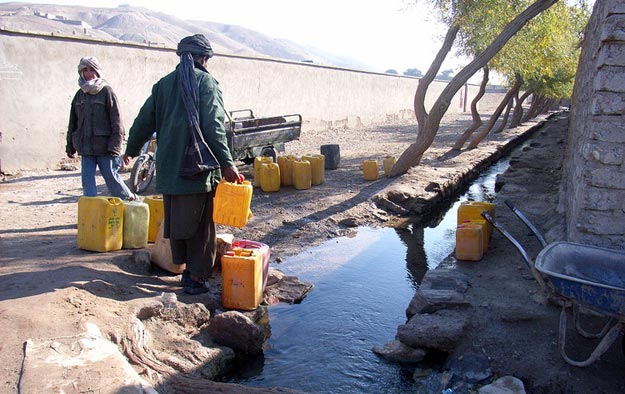 In typical shock-and-awe fashion, the U.S. government paints a grim picture of so-called global warming, water shortages, and other water problems as the causes of major global destabilization, which it also says may be mitigated if certain steps are taken to offset them.

What are these steps, you may ask? As expected, getting the U.S. government involved in water supply issues around the globe is presented as a primary solution. This measure implies, of course, that U.S. models of water management, which include price-gouging the public in the name of water conservation, will also be implemented across the globe as those that run the U.S. government increasingly meddle in international affairs to serve their own interests.

“During the next ten years, many countries important to the United States will experience water problems — shortages, poor water quality, or floods — that will risk instability and state failure, increase regional tensions, and distract them from working with the United States on important U.S. policy objectives,” says the report. It goes on to explain that such problems will affect the global economy, and thus cannot be allowed to prevail.

Water as leverage, water as a weapon, and ‘water terrorism’

The report specifically warns that water will be used as leverage by some countries to influence their neighbors, and even as a potential weapon. It also warns of “water terrorism,” a situation where “extremists, terrorists, and rogue states threatening substantial harm” are a significant threat to water infrastructure, particularly in the years that follow the next ten years.

No government report would be complete without making reference to terrorism, after all. And in this case, the ambiguous term “extremists” is thrown in as well, which is concerning when considering the U.S. Federal Bureau of Investigation’s (FBI) recent warning fliers that dub people who pay for their coffee with cash, for instance, as potential “terrorists”.

While water supply issues are very real, the picture the government paints about it is not so real. And the tie-in with terrorism and “extremists” sets the stage for further government control of vital resources, which in this case represents the life support of the world: water.

The supposed threat of terrorism, no matter how inconsequential or flat-out fabricated, has allowed the U.S. government to get away with murder, literally, in the past. So using it now to essentially leverage influence and control over the water supplies of the world — be sure to note the irony in this — is hardly surprising.

Sources for this article include: http://www.dni.gov/nic/ICA_Global%20Water%20Security.pdf