History shows that superstitions are not manufactured by the plain man.
They are invented by neurotic intellectuals with too little to do.
Lancelot Hogben.

Every age has invented outrageous metaphors to explain its mysteries. We dwellers of “the kingdom of dead laws” are no exception. Though the gods, the stars, and crystal balls are out of fashion, our age has given life to a vast microworld inhabited by shadowy demons known only to a handful of high-tech wizards who explain them for us the way priests of old explained the will of the gods. Our oracles are consulted via the microscope and its high-tech variants. Mysticism, as Hogben says, has taken refuge in the atom. 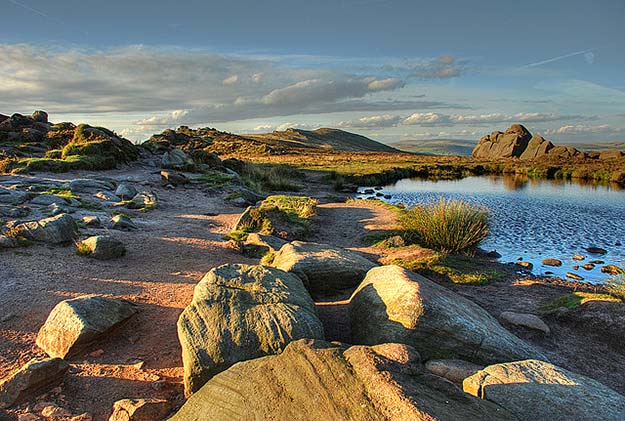 Here is a fact that few have caught on to: Science is the religion of our time. To varying degrees, we are all believers. And our child-like acceptance of the pronouncements of the microscope gazers diminishes us and obscures our view.

Our unreasonable faith in the priests of the microworld has resulted some bizarre notions about water. One is that Science “understands” water–that we have dissected it and explained its mysteries. One writer says that water “strictly obeys the laws of chemistry and physics.” To understand the absurdity of this statement, we must remind ourselves of what the laws of physics and chemistry really are. What they aren’t is a set of immutable commandments that govern the conduct of the physical world; what they are is an ever-changing catalog of the most commonly observed events and the most commonly accepted opinions about the natural world.

They are to the material world what the rules of grammar are to language. We do not talk as we do to fulfill the prophecies of the grammar book, but, rather, grammar books are written to describe the way people talk. When water flows downhill, we say that it is “obeying” the law of gravity, but when it fails to comply and moves upward through the soil, we don’t say that it is defying gravity but that it is obeying yet another law, capillarity, which we have invented to describe its activity. To conclude from this that we “understand” water is like saying that we understand T.S. Eliot because we can identify the parts of speech of all the words in The Waste Land.

Much of the “demythologizing” of water in the popular mind is due to its apparent simplicity. Two parts hydrogen, one part oxygen. Although this simple definition satisfies the popular mind, we haven’t really approached an understanding of the water molecule. Rutherford Platt writes:

[The water molecule] cannot be pictured as a physical thing except in theoretical diagrams and equations. A water molecule with two atoms of hydrogen clinging to one atom of oxygen is so minute that it is far beyond the range even of the electron microscope which can magnify an image “one thousand times ten thousand.” Not only is it too tiny to glimpse, but also its individual existence is so brief that it can only be described in poetic terms, such as “the infinite part of an instant.”

The tenuous “infinite part of an instance” existence of the water molecule makes much of what we say about water (e. g., “today we drink the same water that George Washington drank”) seem more than slightly paradoxical.

Though the H20 molecule can’t be seen, some of its properties can be “inferred” by means of high-tech investigation. It is believed, for example, that much of water’s unique behavior can be explained by the nifty 104.5° angle at which its H’s are said to arrange themselves on the O. The chance occurrence of this rakish angle is said to create a “defect” in the molecule which puts it off balance electrically and causes it to do all the marvelous things that make our planet habitable. Perhaps, but Pratt says:

With their elegant techniques molecular scientists can only say how [the H2O molecule] works according to the laws of chemistry. But no man can say why those laws obtain–or, in connection with our subject, no one can say why that precise pattern of electrostatics creates an angle of 104.5° that transforms two gases into a fluid that made the surface of planet earth spring into life. Is it just a coincidence?