The Structure of Water

Water is a polar molecule having a positively charged side where the two hydrogen atoms are found and a negatively charged end where the oxygen atom is located. The angle between the two hydrogen atoms with respect to the single large oxygen atom is 105 degrees. This unique polarized structure of the water molecule allows it to create hydrogen bonding between various water molecules, much like small magnets are linked together with the alternative north and south poles attracted to each other. 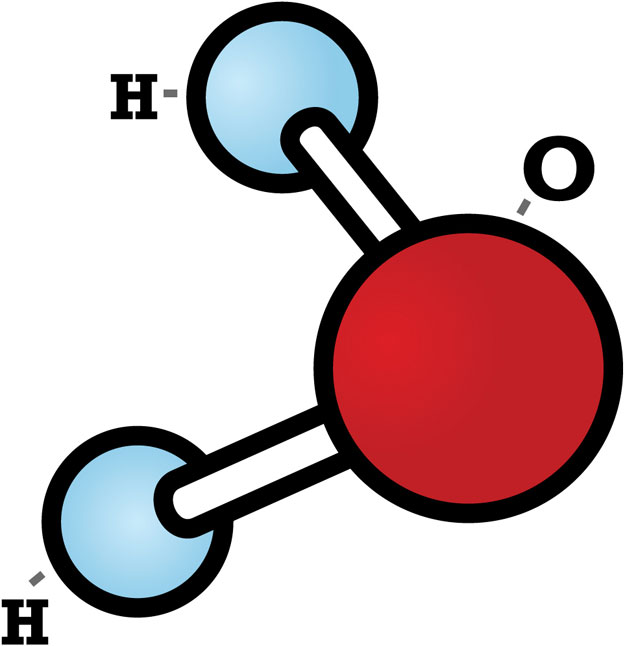 Water then forms clusters of charged molecules which form distinct structures and can store information. In fact, water can be viewed as a large liquid crystal analogous to the liquid crystals which are found on a digital wrist watch display. This hydrogen bonding of water creates it unique characteristics important for life such as its surface tension, its heat storage capacity, and its greatest density at 4 degrees centigrade so that ice actually floats on water at 0 degrees centigrade.

More importantly, within the structured bonding of water molecules, information important for living systems can be stored. Water molecule structured patterns constantly change yet form resonances which can be determined with sophisticated modern infared spectroscopy to determine the cluster structures within the water.

Electrically alive water has unique information structures imbedded within the living water matrix which in turn affect living systems when people drink such water. This water is created by various means including magnetics and other structuring approaches. Indeed, water has a memory which has been demonstrated by Dr. Jacques Benveniste, who showed that water, even at levels where no physical molecules of the original substance are still present, continues, to have biologically active capacities and can effect cells as well as isolated physiological systems.