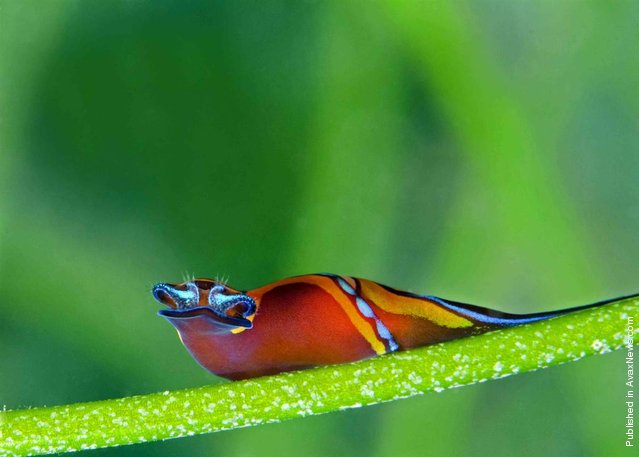 More than 700 underwater images were submitted for the 2012 Annual Underwater Photography Contest, hosted by the University of Miami’s Rosenstiel School of Marine & Atmospheric Science. These 14 pictures were judged the best of the bunch. Ximena Olds shot this “Best Overall” photograph in the U.S. Virgin Islands, and entered it in the Macro category. The photo depicts a vibrant orange headshield sea slug on a brilliant background of green seagrass. (Photo by Ximena Olds) 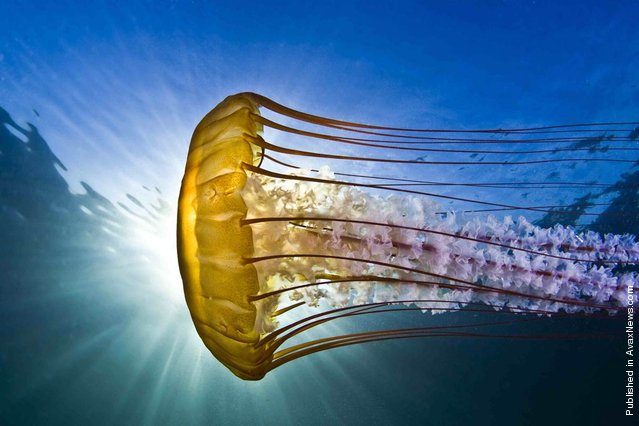 This year, for the first time, the University of Miami set up a “Fan Favorite” category for its underwater photo competition. Internet users could vote for their favorite among five pictures. Todd Aki’s photo of a jellyfish took the prize, snaring 599 of the 1,221 votes cast. (Photo by Todd Aki) 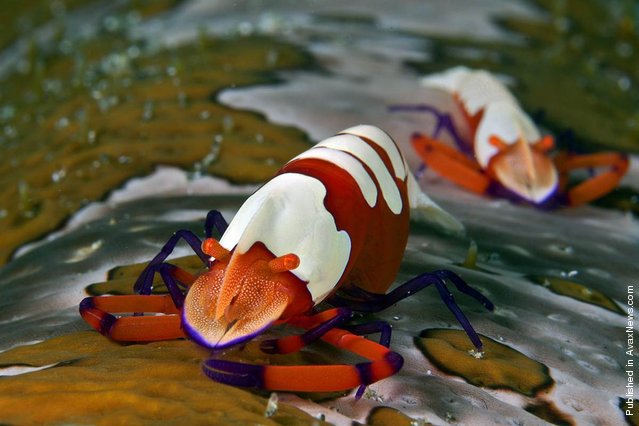 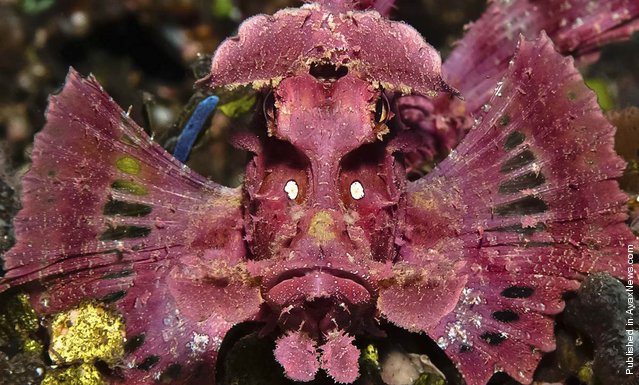 The second-place photo in the “Fish or Marine Life Portrait” category was submitted by Rockford Draper. It’s a colorful view of a paddle-flap scorpionfish (Rhinopias eschmeyeri), lurking near the Indonesian island of Bali. (Photo by Rockford Draper) 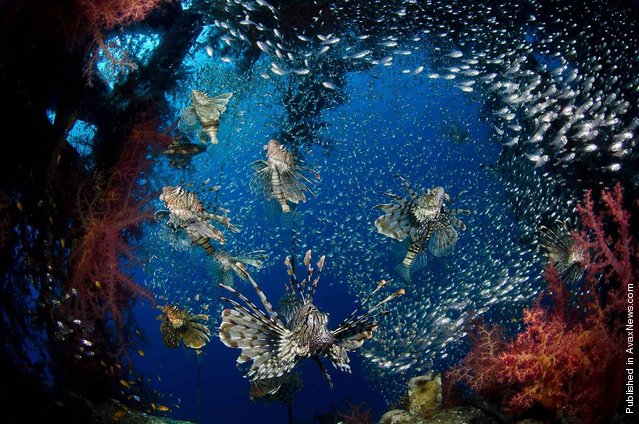 Lionfish in the Red Sea, near Eilat in Israel, take center stage in this photograph by Mark Fuller. Judges put the picture in first place in the Wide Angle category. (Photo by Mark Fuller) 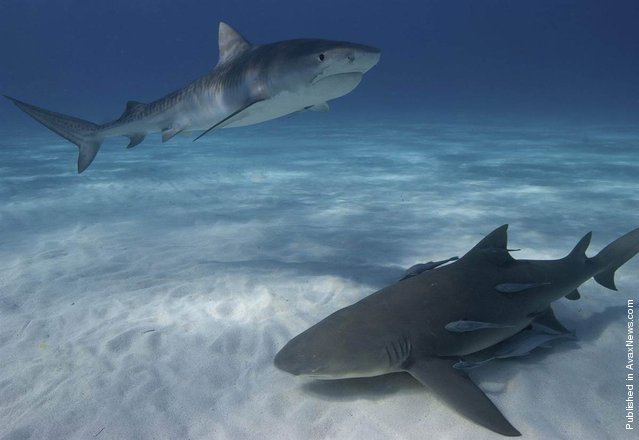 Two kinds of sharks – a juvenile tiger shark (Galeocerdo cuvier) and a lemon shark (Negaprion brevirostris) – meet up in the Bahamas. This picture earned Austin Gallagher third place in the Student category. (Photo by Austin Gallagher) 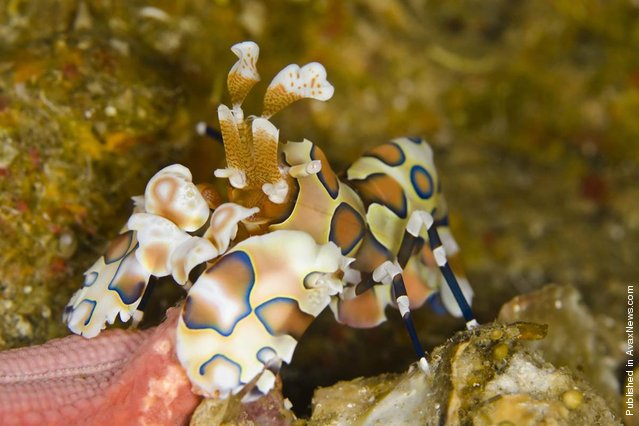 Second place in the Student category went to Phillip Gillette for this photo of Harlequin shrimp (Hymenocera picta) amid Thailand’s Similan Islands. (Photo by Phillip Gillette) 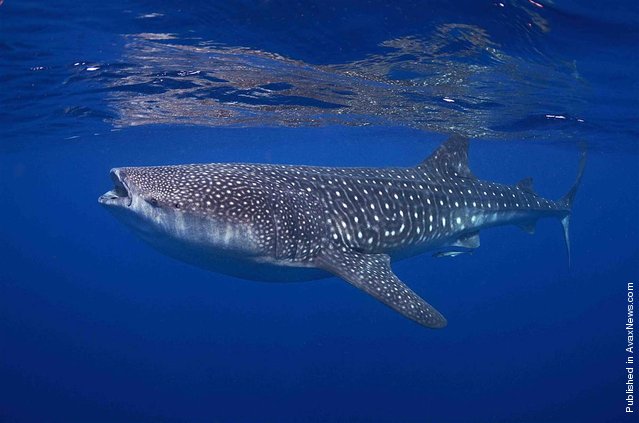 Kyra Hartog took first place in the Student category for this photograph of a whale shark (Rhincodon typus), caught on camera near Mexico’s Isla Mujeres. (Photo by Kyra Hartog) 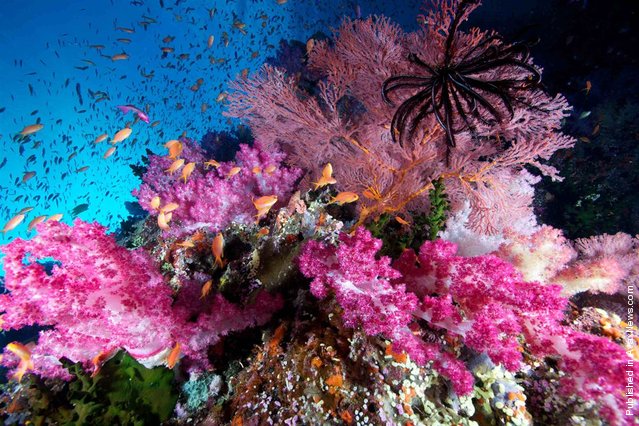 The third-place photo in the Wide Angle category is this view of soft corals and anthias fish in Fiji’s Bligh Water. The picture was taken by Bill Lamp’l, a Florida-based diver and photographer. (Photo by Bill Lamp’l) 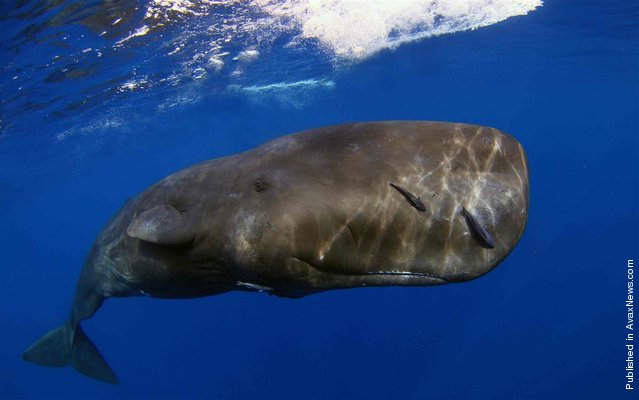 Douglas Kahle took first place in the “Fish or Marine Life Portrait” category for his picture of a juvenile sperm whale (Physeter macrocephalus), as seen in the waters off the Caribbean island of Dominica. (Photo by Douglas Kahle) 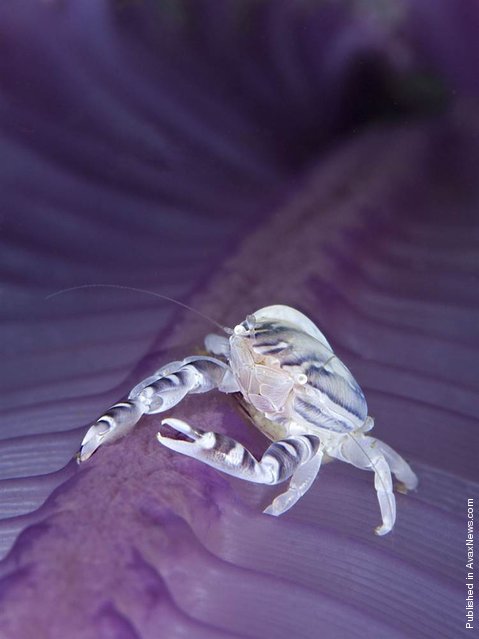 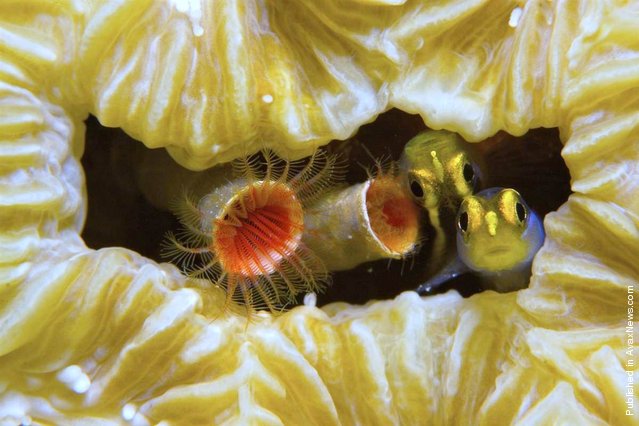 Yellownose gobies (Elacatinus randalli) peek out from a bolder brain coral near the Dutch Caribbean island of Bonaire, in a photo taken by Todd Minthz. The picture took first place in the Macro category of the 2012 Annual Underwater Photography Contest, hosted by the University of Miami’s Rosenstiel School of Marine & Atmospheric Science. (Photo by Todd Mintz) 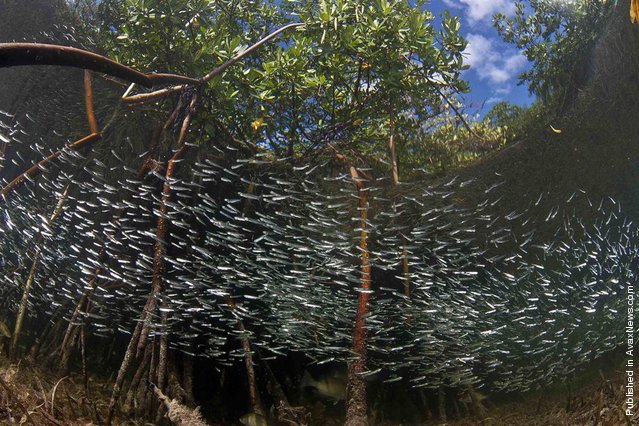 Matthew Potenski won second place in the Wide Angle category for this picture of red mangroves (Rhizophora mangle) amid the Bimini Islands. (Photo by Matthew Potenski) 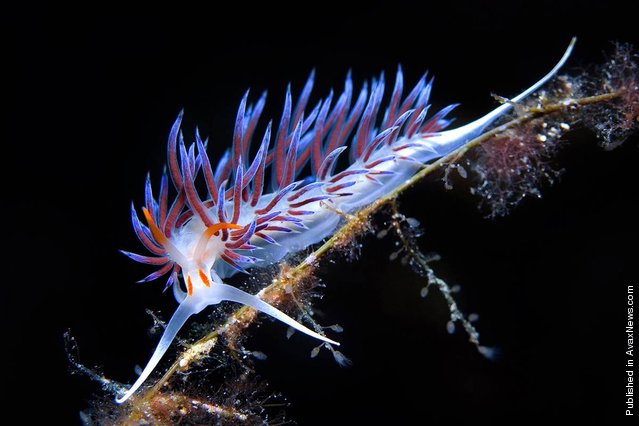 Nicholas Samaras took third place in the ‘Fish or Marine Life Portrait’ category with a picture of a nudibranch (Cratena peregrina) taken off the coast of Chalkidiki, Greece. (Photo by Nicholas Samaras)