Here is a list of ten must-see documentaries that help expose some of the critical issues facing water in the 21st century.

1. FLOW: FOR THE LOVE OF WATER 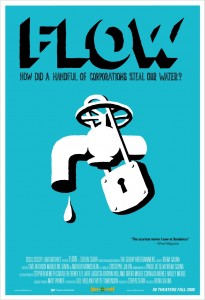 FLOW is an award-winning documentary investigation by Irena Salina into the growing privatization of the world’s dwindling fresh water supply. Salina focuses on politics, pollution, human rights, and the emergence of a domineering world water cartel. She uses interviews with scientists and activists to reveal the rapidly building water crisis at both the global and human scale. Rather than just focusing on the problem, FLOW also provides examples of people and institutions that are working toward practical solutions to the water crisis. 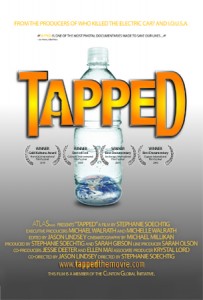 Tapped is a film that examines the role of the bottled water industry and its effects on our health, climate change, pollution, and our reliance on oil. Directed by Stephanie Soechtig and produced by Atlas Films, the film exposes the bottled water industry as an ecological and consumer nightmare where corporations like Coca-Cola, Pepsi and Nestle mine public water sources and sell it back to the public at criminal markup.

The film’s website provides lots of resources and ways for you to become involved in the fight against bottled water. You can even sign petitions to tell Jennifer Aniston and Tom Brady to stop endorsing Smart Water. 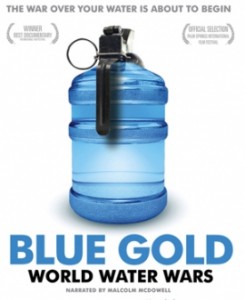 Blue Gold: World Water Wars is an award-winning documentary from director Sam Bozzo that posits we’re moving closer to a world in which water could actually incite war. As water becomes an increasingly precious commodity, corrupt governments, corporations and even private investors are scrambling to control it which leaves everyday citizens fighting for a substance they need to survive. Narrated by Malcolm McDowell, the film takes viewers through the causes of the water crisis — mining, pollution, wetland destruction — and blocks out the potential effects of a water shortage. It follows numerous worldwide examples of people fighting for their basic right to water, from court cases to violent revolutions to U.N. conventions to revised constitutions to local protests at grade schools.

4. THE COLORADO RIVER: RUNNING NEAR EMPTY 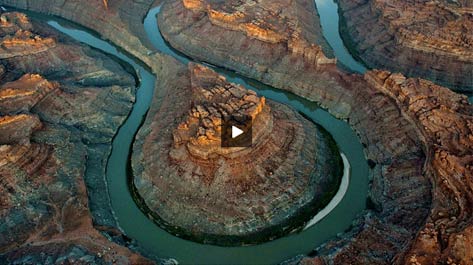 Photographer Peter McBride traveled along the Colorado River from its source high in the Rocky Mountains to its historic mouth at the Sea of Cortez. In this Yale Environment 360 video, he follows the natural course of the Colorado by raft, on foot, and overhead in a small plane, telling the story of a river whose water is siphoned off at every turn, leaving it high and dry 80 miles from the sea. McBride, a Colorado native, documents how increasing water demands have transformed the river that is the lifeblood for an arid Southwest. McBride also documents the journey with his photography in the book, The Colorado River: Flowing Through Conflict. 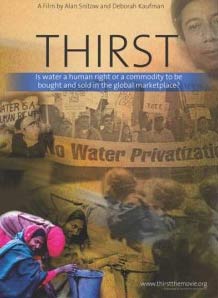 The world is poised on the brink of epochal changes in how water is stored, used, and valued. Is water part of a shared “commons,” a human right for all people? Or is it a commodity to be bought, sold, and traded in a global marketplace? Thirst investigates the privatization of water and tells the stories of communities in Bolivia, India, and the United States that are asking these fundamental questions.