Could watermelon be the magic way out for muscle aches?

Many athletes have developed sore muscles after performing vigorous exercises or doing a new workout. This is due to fatigue-inducing stress on your muscles. This causes small tears in the muscle, which the muscle tissues repair themselves and in the process become stronger. However, muscle ache is uncomfortable and stressful. New research has revealed that you don’t have to go through the pain anymore, as there is a new cure to muscle aches. 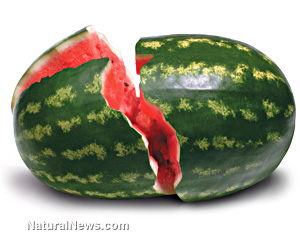 L-citrulline
People perceive watermelon to be composed of water and natural sugar. However, watermelon is one of the most nutritious fruits. It contains vitamins A and C, which are very vital to the body. Watermelon also contains L-citrulline and amino acids. L-citrulline helps the muscles get oxygen faster. This makes them repair themselves faster.

Antioxidant properties
Watermelon juice is believed to have antioxidant properties that enhance athletic performance and increase muscle protein. After an intense workout, one feels pain later because of small tears in the muscle fibers. Apart from L-citrulline, watermelon also has anti-inflammatory properties which help relieve muscle aches.

Benefits of watermelon
While watermelon has several beneficial nutrients, including vitamin A and C, lycopene and beta-carotene, the researchers warned about eating them every day before working out. They said that watermelon has a lot more fructose than the recommended amount.

Conclusion
The next time you plan to go for a very intense workout, you can think about making watermelon juice. It will save you the stress of going through the post-workout muscle pain the next day you wake up. You will also gain a lot of nutrients. If you don’t have a blender, you can just it eat naturally, since the effect will be the same. However, do not overdo it, because the excess fructose will do no good for your body.