Americans can take a warning from a University of Florida study of bottled water in China ─ don’t drink the liquid if you’ve left it somewhere warm for a long time. 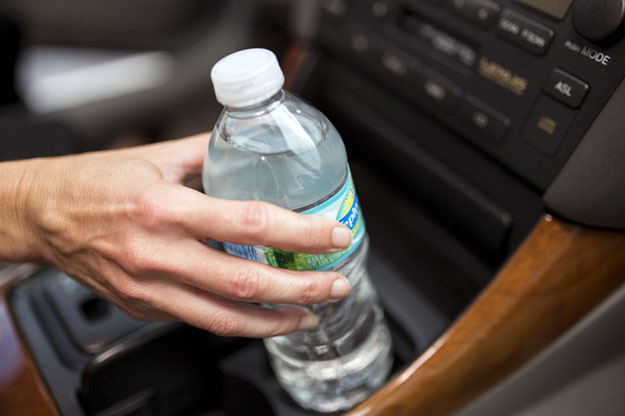 Plastic water bottles are made from polyethylene terephthalate. When heated, the material releases the chemicals antimony and bisphenol A, commonly called BPA.

While the U.S. Food and Drug Administration has said BPA is not a major concern at low levels found in beverage containers, it continues to study the chemical’s impacts. Some health officials, including those at the Mayo Clinic, say the chemical can cause negative effects on children’s health.

And antimony is considered a carcinogen by the International Agency for Research on Cancer, part of the World Health Organization.

Of the 16 brands, only one exceeded the EPA standard for antimony and BPA. Based on the study, storage at warm temperatures would seem to not be a big problem, Ma said. But she said more research is needed to know if other brands are safe.

Ma’s study found that as bottles warmed over the four-week period, antimony and BPA levels increased.

“If you store the water long enough, there may be a concern,” said Ma, an Institute of Food and Agricultural Sciences faculty member who has a research program at Nanjing University in China.

The UF scientist warned against leaving bottled water in a hot garage for weeks on end or in your car all day during the summer.

Because of what Ma calls cultural differences and because Chinese citizens have less faith in their tap water, some leave bottled water in their car trunks for weeks. China consumed 9.6 billion gallons of bottled water in 2011, making that country the commodity’s largest market.

By comparison, Americans drank 9.1 billion gallons of bottled water that year, according to the International Bottled Water Association. While most Americans don’t store bottled water in their cars for extended periods, they often keep it there for a day or two. Drinking that water occasionally won’t be dangerous, but doing so regularly could cause health issues, she said. And it’s not just water containers that merit more study, Ma said.

“More attention should be given to other drinks packaged with polyethylene terephthalate plastic, such as milk, coffee and acidic juice,” she said. “We only tested the pure water. If it is acidic juice, the story may be different.”

Although not part of the study, Ma touts tap water over bottled water. Both are regulated by the federal government, tap by the EPA and bottled by the U.S. Food and Drug Administration.

The study is published in this month’s edition of the journal Environmental Pollution.