As we have been hearing, global water shortages are poised to exacerbate regional conflict and hobble economic growth. Yet the problem is growing worse, and is threatening to deal devastating blows to health, according to top water officials from the U.S. State Department and the U.S. Agency for International Development (USAID) who spoke before a House panel hearing today. 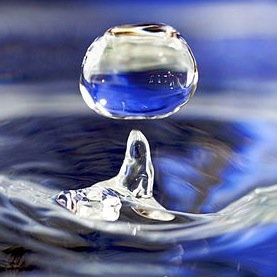 Ever-rising water demand, and climate change, are expected to boost water problems worldwide, especially in countries that are already experiencing shortages. Globally, the world is on track to meet the Millennium Development Goal of halving the number of people unable to reach or afford safe drinking water by 2015, but it still must make strides to improve global sanitation, says Aaron Salzberg, the State Department’s Special Coordinator for Water Resources. In addition to supply problems, unclean water causes more than four billion cases of diarrhea a year which lead to roughly 2.2 million deaths, and most are in children under the age of five.

“The magnitude of it is extraordinary.” says Christian Holmes, global water coordinator for USAID.

The hearing comes on the heels of stark reminders of the current water shortages that are apparent across the globe. Pakistan, one of the most water-stressed countries in the world, is on the brink of crisis. A recent report from the Asian Development Bank, highlighted by The Atlantic, states that the country’s emergency water reserve only has enough supply for 30 days – more than 30 times below the 1,000-day recommendation for similar countries.  Pakistan, the report states, is “not far from being classified as ‘water scarce,’ with less than 1,000 cubic meters per person per year.” Among other factors, climate change is affecting snowmelt and reducing flows into the Indus River, the area’s main water source.

USAID expects its programs to provide a minimum of 10 million people with sustainable access to improved water supply by 2018.It also plans to provide 6 million people with sustainable access to improved sanitation by that time, according to the agency’s new water and development strategy, its first.  It is also supporting regional discussions on water scarcity issues. Despite such a large effort, almost 800 million people lack access to safe water, and more than double that number are unable to access sanitation. And without big changes, two-thirds of the world’s population is expected to be living under “severe water stress conditions” — meaning that in a given year there would be less than 1,000 m3 of water available per person — by 2025, according to USAID.

To alleviate more of that stress, USAID will work with other countries to use emerging science and technology to track the problem and prepare communities to adapt.  It will continue to share NASA Earth Science and satellite data about water supply throughout the world to help detect and prepare for future threats. It will also help nations translate that data into decision-making for aid and how to better alert communities about likely food shortages.

At the hearing, House members pressed speakers for information on tools they might need to better address the problem. Answers, however, are challenging to come by, says Holmes, “It really doesn’t lend itself to easy fixes.” Moreover, when water shortages threaten to elevate tensions where the supply is scarce it can be challenging to provide assistance. “Many countries view water as a sovereign issue and discourage outside intervention,” Salzberg says.

Last year the U.S. government invested more than $700 million in global water activities as part of its congressionally mandated requirement to make global water aid a specific policy objective of U.S. foreign assistance. About 27 percent of those funds went to sub-Saharan Africa, where needs continue to be particularly dire. In 20 African countries, more than 30 percent of the population does not have access to safe water, and in seven of those countries more than half the people lack access to safe water, according to Salzberg.

Despite a continued focus on water issues, barely a dent has been made in the problem, says Oregon Rep. Earl Blumenauer (D), who today introduced new legislation with Rep. Ted Poe (R-Texas) geared toward furthering U.S. water assistance and ensuring that work will have measurable impact. “We’ve just moved the needle a little bit, and in some cases—like the area of sanitation—we are at risk of falling behind because of rapid urbanization. But the key here, and part of what we are trying to do with the new legislation, is to leverage money that is already being spent.”