British photographer Joel James Devlin has produced a series of enchanting night images of lakes, streams, and the shore in southern England, by making long exposures at night with a film camera. In the image above, Devlin shot a small light-emitting diode (LED) light floating on the surface of a lake for about 40 minutes. (See “Photographing the Night Sky.”) 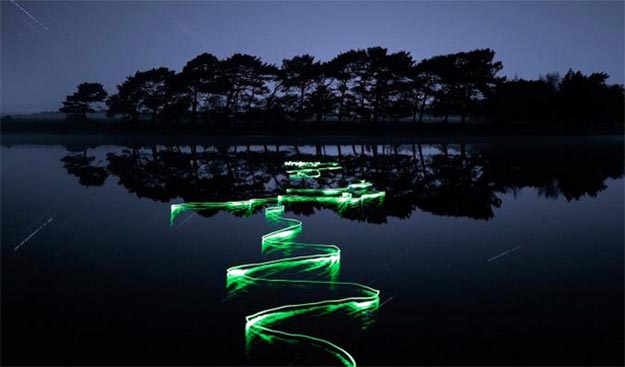 Devlin told National Geographic he made most of the photos in the series during the winter months, when the sky was darker and the weather was a bit more turbulent. Devlin said he has long experimented with night photography.

“Someone had given me a little LED light that was used for landing helicopters. It was a bizarre little contraption, but it was water immersible,” Devlin said.

“Each weekend I’m drawn to the sea [because] I’m a keen surfer, and one evening I wondered what would happen if I got this light into the surf and tracked it for a while,” he said.

Devlin improvised a little flotation device for the light. Over six weekends, he tried photographing the light in the waves, but he wasn’t happy with any of the exposures. He said there was too much motion in the water.

“So I went back to all the places where I would play as a kid on holiday, little streams really, and played with tracking this light downstream at twilight,” he says. “I would rediscover new places, go location scouting for new vistas, and find different types of waterways.” 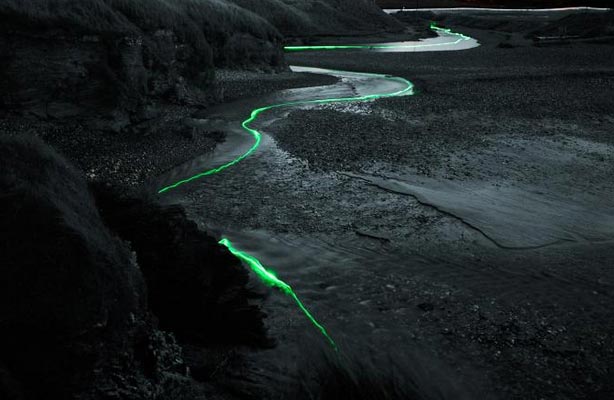 Gentle Stream “I always had an aesthetic in mind” when making this 40-minute exposure of a small LED light floating on the surface of a stream, Devlin said. “The speed of the light is quite important, so a gentle stream is ideal. If it was too still the light would just stay in one place and blow out [in the photo],” he said. Photograph by Joel James Devlin 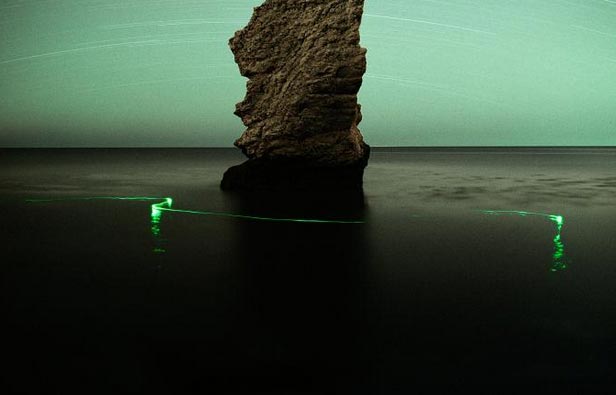 Dark Sea Devlin said weather conditions factor heavily into his work. When the surface of the sea has just the right amount of movement, he can capture images like the one above. “The water is a hugely calming environment to be next to, although it can be quite scary as well,” said Devlin. “Everyone is attracted to the ocean or lakes and streams, these natural places, unless you are incredibly fearful of them… Surfing is a big part of my life at the moment, [but I could] barely swim six years go. Now I enjoy getting myself pummeled by the ocean.” Photograph by Joel James Devlin 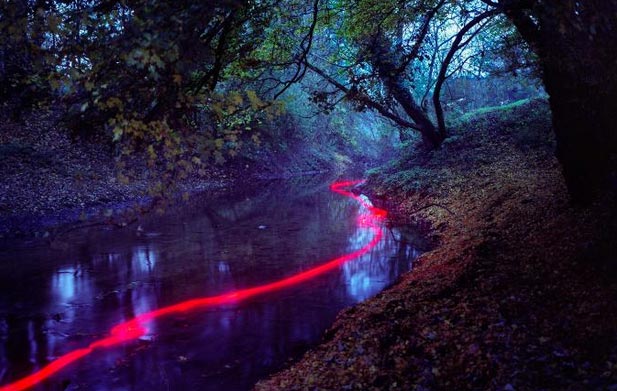 Light Trail Working at water’s edge, Devlin said, “You realize how rapidly these places are becoming quite damaged.” (Learn more about threats to freshwater in Water Currents, and threats to the sea in Ocean Views.) Of his work, Devlin added, “I hope people will see these photos in a slightly different light. I wanted to show these places in a different way, using technical knowledge built up over the years.” Photograph by Joel James Devlin 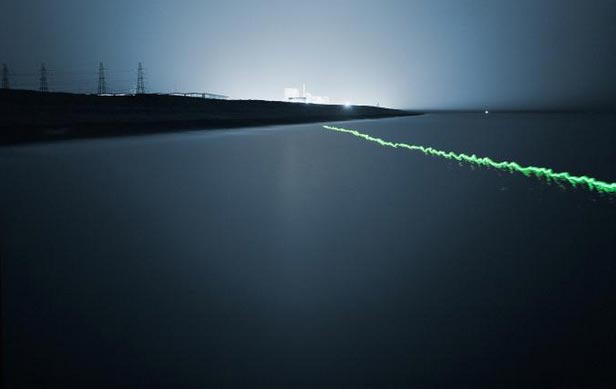 Red Shift Devlin used a Mamiya 7, a medium-format rangefinder camera, to make these photos. “The camera and film allowed me to extend my exposure time an hour or longer, though 40 minutes was often about right with the camera settings I needed,” he said. (Get involved with protecting rivers through Change the Course, a project of National Geographic and partners.) Photograph by Joel James Devlin 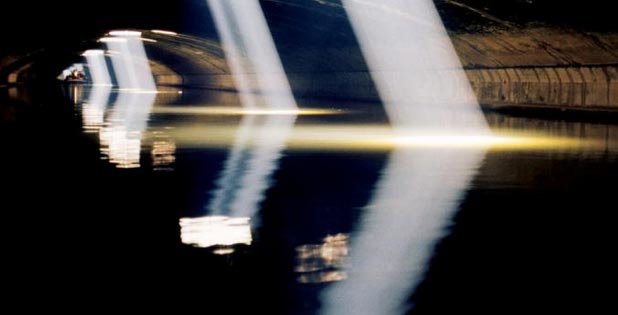