In East China’s Fujian Province, the booming economy has been good to the cities of Sanming and Nanping, as well as to farmers in the surrounding hills. That, however, has been bad news for the Min River and to the downstream city of Fuzhou, which gets its water from the Min. As farmers chopped down the trees that anchored the steep slopes of the Min River valley, silt began to pile up in the river as those slopes eroded. 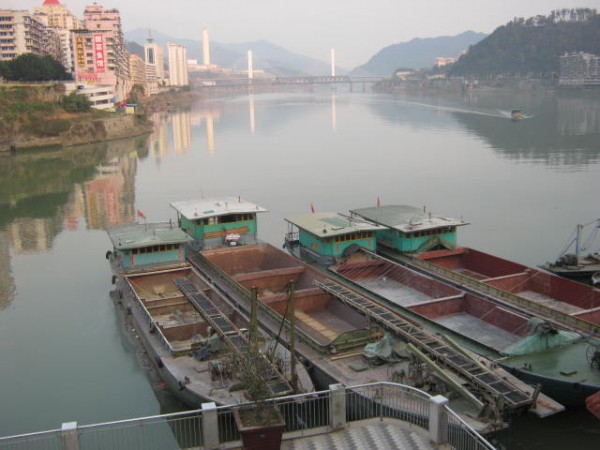 To ease the burden of filtering out all the silt from its municipal water supply, Fuzhou pays Sanming and Nanping roughly $800 million annually to encourage farmers to reforest the denuded hills and implement sustainable land-use practices.

It’s all part of the Min River Watershed Water Resource Protection Eco-Compensation Program – one of several “eco-compensation” programs that use investments, incentives, and even market mechanisms to promote healthy watershed stewardship on a grand scale. By implementing these programs nationally, a country notorious for its rigid, centralized government has become the leading proponent worldwide of an approach to conservation that is fine-tuned to match the needs of each watershed and the populations that rely on them.

Indeed, China accounted for a staggering 91% of watershed investments in 2011, according to Ecosystem Marketplace’s “State of Watershed Payments 2012 report.” As a result, eco-compensation will take center stage on May 16, when environmental NGO Forest Trends and the government of China team up to host the Katoomba XVIII: Forests, Water and People, a global forum taking place in Beijing.

China’s biggest and most successful eco-compensation program so far has been the Conversion of Croplands to Forests and Grasslands (CCFG), otherwise known as the Sloping Lands Conversion Program. This program converts land that was cleared for farming back into forests and grasslands. It was implemented after flooding across China in the 1990s displaced millions of people and killed thousands.

When the heavy rains came, there were no forests or vegetation to slow or absorb the water as it slid down hills and into villages.  Sloping cropland also contributes 65% of the 2 to 4 billion tons of silt that is dumped into the Yangtze and Yellow – China’s longest and most productive rivers – every year.

In this program, farmers have to stop working the land that has been selected for reforestation. But those farmers need to find other sources of employment and food. To account for this, the government provides compensation – in the form of rice and money – to farmers that switch to another way to earn a living.

The Sloping Lands Conversion Program was a success and by 2003, more than 2,000 counties in 25 provinces had put it into practice. As of 2007, the program had rebuilt forests on over 9 million hectares of land – an area slightly smaller than the state of Maine.

Ironically, these mechanisms were invented in the Western World as an efficient alternative to command-and-control regulation—government actions made without public input and enforced unilaterally. Outside China, the largest program of this kind is in New York City’s watershed, where farmers and other communities upstate are compensated for maintaining the watershed serving the City’s drinking water supply.

Similar programs are underway across Latin America and Africa as well, but only China has embraced and implemented this approach on a national level to address its emerging water challenges.

China may face a number of environmental issues, but when it comes to watershed management, other countries dealing with water woes should take note of the country’s successes.