Earth’s Water May Even Be Older Than The Sun Itself

Just how old is H2O? A fascinating new study suggests that some of the water molecules we drink and bathe in are way old — as in more than 4.6 billion years old. 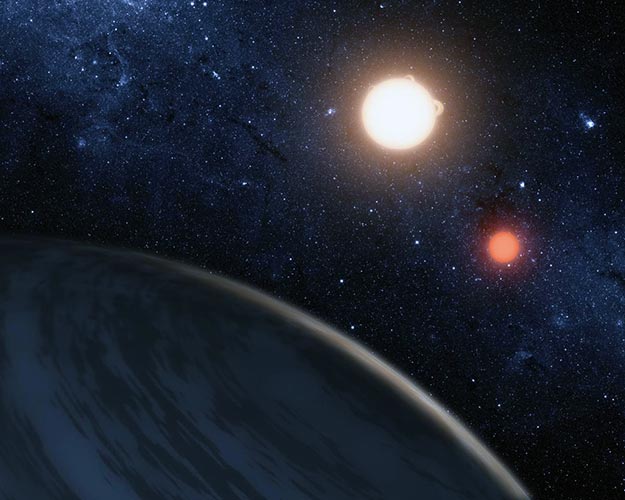 That’s older than the solar system itself.

“Our findings show that a significant fraction of our solar system’s water, the most-fundamental ingredient to fostering life, is older than the sun,” study co-author Dr. Conel Alexander, a scientist at the Carnegie Institute for Science in Washington, D.C., said in a written statement, “which indicates that abundant, organic-rich interstellar ices should probably be found in all young planetary systems.”

“This is an important step forward in our quest to find out if life exists on other planets,” study co-author Dr. Tim Harries, an associate professor of astronomy at the University of Exeter in England, said in a separate statement. “Consequently, it raises the possibility that some exoplanets could house the right conditions, and water resources, for life to evolve.”

The scientists reached their conclusion with the help of computer models designed to simulate the evolution of a planetary system that originally lacked deuterium, a heavy form of hydrogen that is found in some water molecules.

“With our simulations, we found that there wasn’t enough energy to power the reactions to form the heavy water,” study co-author Ilse Cleeves, a doctoral student in astronomy at the University of Michigan, told The Huffington Post in an email.

Dr. Karen Willacy, a Jet Propulsion Laboratory astrophysicist who was not involved in this research, told Science magazine the finding was an “interesting result. We’ve been debating this for years, whether or not the ices have an interstellar heritage.”