When scientists scan the universe for distant planets, one thing they’re looking for is whether a planet is orbiting in a location where water can be liquid. When NASA and other agencies send probes and orbiters to Mars, one of their overriding goals is to search for water. On Earth, where we find water, we find life. All this makes our lack of focus on Europa, one of Jupiter’s moons and a place where we know for sure that there is water, more than a little confusing. 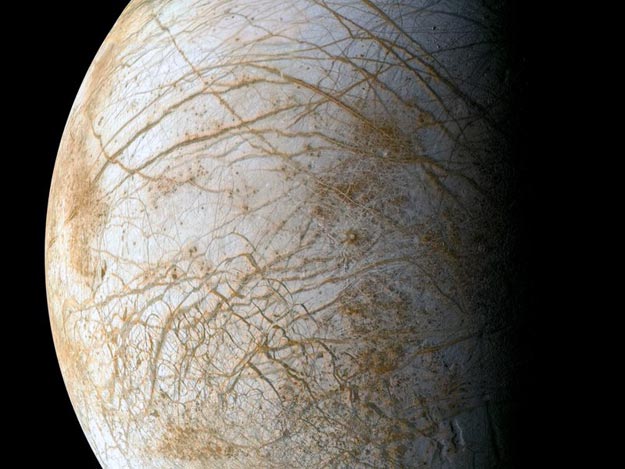 Fortunately, that seems to be changing. In the White House’s tentative 2015 budget for NASA, says Adam Mann for Wired, is a provision to start planning work for a mission to Europa. The proposed budget “includes funding for ‘pre-formulation work’ on a mission that would fly by Europa, make detailed observations, and perhaps sample its interior ocean,” says Mann. The amount of money expected won’t be enough to actually go to Europa, but it may be enough to start taking the idea seriously.

Previously, says Seth Borenstein for the Associated Press, NASA probes, including Galileo in the 1990s, have buzzed Europa. But we’ve never sent a probe to really check out the watery moon, which has a thick icy cap and, scientists think, a massive subsurface ocean. Late last year NASA reported that plumes of water were seen venting from Europa’s southern pole.

The mission, if it survives the budget revision process, and is funded in subsequent years, could fly by the mid-2020s.