Water vapour could be behind warming slowdown

Mysterious changes in the stratosphere may have offset greenhouse effect. 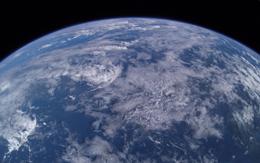 A loss of water vapour from the Earth’s stratosphere may have been behind the last decade being cooler than expected.NASA

A puzzling drop in the amount of water vapour high in the Earth’s atmosphere is now on the list of possible culprits causing average global temperatures to flatten out over the past decade, despite ever-increasing greenhouse-gas emissions.

Although the decade spanning 2000 to 2009 ranks as the warmest on record, average temperatures largely levelled off following two decades of rapid increases. Researchers have previously eyed everything from the Sun and oceans to random variability in order to explain the pause, which sceptics have claimed shows that climate models are unreliable.

Now a team led by researchers at the National Oceanic and Atmospheric Administration (NOAA) in Boulder, Colorado, report that a mysterious 10% drop in water vapour in the stratosphere — the atmospheric layer that sits 10–50 kilometres above Earth’s surface — since 2000 could have offset the expected warming due to greenhouse gases by roughly 25%. Just as intriguingly, their model suggests that an increase in stratospheric water vapour might have boosted earlier warming by about 30% in the 1980s and 1990s.

The effect on temperature is dominated by water vapour in the lower part of the stratosphere, which absorbs and radiates heat in much the same way as water molecules and other greenhouse gases do in the lower atmosphere. The drop in water vapour doesn’t explain the entire decrease in the rate of warming, but it could contribute to it, says Susan Solomon, first author of the study and a NOAA scientist who co-chaired the physical-science working group of the Intergovernmental Panel on Climate Change as part of its 2007 assessment. 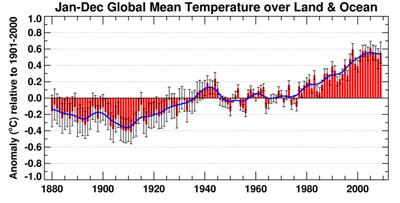 “What we are trying to do here is explain not the overall multi-decadal trend, but the zigs and zags in that trend,” Solomon says. “I think it’s too early to know how they all play out.”

In 1999, researchers at the University of Reading, UK, reported similar numbers to Solomon and her colleagues, suggesting that the increase in stratospheric water vapour could have boosted warming by 40% compared with carbon dioxide alone2. Subsequent research challenged the magnitude of that effect as well as the data itself, but Solomon says that the current study “is basically pulling us back to the seminal work those guys did”.

One of the Reading researchers, Keith Shine, says that Solomon’s paper does a good job of documenting the effect for the current decade, based on more reliable satellite measurements. Unfortunately, he says, earlier data from a single series of balloon measurements conducted above Boulder do not provide enough information to determine exactly what happened in the past. “We know the water vapour has definitely dropped post-2000, but we can’t be certain about what happened before that,” Shine says.

Into thin air
It remains unclear what is driving the changes in stratospheric water vapour. Average temperatures at the coldest point in the stratosphere — about 16 kilometres above the tropics — have fallen by about 1 °C in the past decade, says Bill Randel, who heads the atmospheric chemistry division at the National Center for Atmospheric Research in Boulder. Colder temperatures freeze out water vapour that might otherwise have entered the stratosphere. But, Randel says, “We don’t really understand why that 1-degree temperature change occurred.”

Other researchers see different factors at play in the recent temperature trends. A study published last year3 hones in on the solar cycle and the El Niño Southern Oscillation, an upwelling of warm surface waters in the tropical Pacific. Both have been in their negative phases for most of the decade so temperatures may rise as they move into their positive phases.

“I think it’s exciting that this [transition] is happening, because we are going to learn a lot,” says Judith Lean, a solar physicist at the Naval Research Laboratory in Washington DC, who co-authored last year’s study3 with David Rind, a climate modeller at NASA’s Goddard Institute for Space Studies in New York.

With solar activity ramping up and an El Niño underway, Lean and Rind suggest that temperatures could rise over the coming years, followed by a slight plateau coinciding with the next solar minimum. Their paper3, based on a statistical analysis of past temperature trends, predicts rising temperatures until 2030, including scenarios for any unpredictable occurrences of El Niño and volcanic eruptions. A 2008 paper in Nature4 that investigated ocean currents and sea surface temperatures in the North Atlantic came to the opposite conclusion, suggesting a pause in warming over the coming decade.

Jeff Knight, a climate modeller at the Met Office Hadley Centre in Exeter, UK, last year led an analysis of temperature trends from the year 2000 and found that current global climate models are able to reproduce such short-term events without a hitch. He says that the models produced an extended period of relatively flat temperatures in one out of every eight decades — although none of them produced a flat trend beyond 15 years.

“Too much focus on decadal trends is not healthy,” he says, suggesting that the climate models can simulate these events and do not necessarily need to be able to simulate any particular decade.