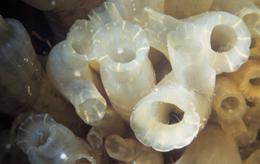 Sometimes good ideas take a while to be picked up. In 1872, Anton Dohrn, a pioneering German biologist, wrote a commentary in Nature proposing the foundation of “a net of scientific stations” along European coasts, focusing on marine biology (A. Dohrn Nature 5, 277–280; 1872 ). Almost 140 years later, an institute that bears Dohrn’s name is leading a twenty-first-century realization of his idea.

The European Marine Biological Resource Centre (EMBRC) will launch this week at a meeting in Naples, Italy, with the Anton Dohrn Zoological Station in Naples (SZN) taking the lead. Linking 15 existing research centres in 8 countries (see ‘Marine network’), the project will create an overarching organization for European research on marine biology, and provide model organisms for studying fundamental molecular biology and for screening drug candidates, for example. But the project has yet to secure the ambitious budget needed to realize its full potential.

Its goal is to make experiments on marine organisms as easy and common as those on mice or fruitflies. “Most of the molecular biology we know today comes from terrestrial species,” says SZN president Roberto di Lauro. “Genetics has mostly focused on Drosophila or the mouse because they are very easy to grow in a lab.” Yet, he points out, most of the world’s genetic diversity is found at sea, and some marine species are becoming useful model organisms. The sea squirt Ciona intestinalis, for example, is one of the closest invertebrate relatives of humans and has had its genome sequenced, making it useful for a range of studies. Interest in marine organisms such as Ciona is growing rapidly outside the community of marine ecologists.

The EMBRC aims to select a few species as the best candidates to become model organisms and develop technologies to grow them in artificial seawater, and to study and modify their genes. These organisms will be made available to other institutes or companies, along with the technology and support needed to study them. The centre could also produce strains of genetically modified organisms on request for institutes that want to grow them on their own premises, as now happens with rodents.

In the preparatory phase, lasting 3 years, €3.9 million (US$5.3 million) from the European Commission will be used to plan the organizational structure of the new network. “Most of the work will be about managing data,” says Detlev Arendt, a developmental biologist at the European Molecular Biology Laboratory in Heidelberg, Germany, who will lead the design of the EMBRC’s bioinformatics infrastructure.

The next stage will see partner institutes spend €100 million over 5 years to build up their research capacity. Once the centre is operational, each country will pay for the costs of its own institutes, and will also contribute to the budget of the coordinating body.

This is where some problems might arise. Six other research-infrastructure networks launched by the European Commission in 2006 are now at the end of their preparatory phase, and some are having trouble getting the funds needed to make further progress. “Things are going slower than we expected,” admits Jean-Emmanuel Faure of the European Commission’s Directorate General for Research. “The timing is bad, with the economic crisis hitting some countries very hard.”

Ireland, for example, has withdrawn its financial support to the European Clinical Research Infrastructures Network, based in Paris. And the European Commission has extended the preparatory phase of INSTRUCT, a similar initiative in structural biology, giving it two more years to look for alternative funding sources.

If it can secure funding, the EMBRC has the potential to become a keystone in a global network of marine centres, according to Gary Borisy, director of the Marine Biological Laboratory in Woods Hole, Massachusetts. “We have something similar in the United States with the National Association of Marine Laboratories, but we are not that advanced in terms of standardizing technologies,” he says. Borisy hopes that the EMBRC will create opportunities for collaborations between Europe, the United States and Japan, which is also very active in marine genomics. “The first thing to do would be to agree on a few model species and make them worldwide standards,” he says.

Making the EMBRC part of a global network is the ultimate long-term goal, agrees di Lauro. The challenge, as Dohrn noted 140 years ago, is that “governments will not easily be induced to sacrifice much money for the progress of this science”.