It does not matter it is luxury or just a means of transportation, the main thing is that due to the increasing number of cars ecological situation is only getting worse. How to reduce the consumption of water during car washing? Will there appear any type of harmless fuel? Weare «Top Gear», of course, but we can give some useful car eco-tips.

Car wash: with or without water

Cleanness is the guarantee not only for your health but also for the health of your car. Of course, you can save money by using bucket-and-rag or hose-in-the-country technology, and even by vandalize when rising a car at the nearest body of water, as well as draining detergent residues there. But for us, environmentally conscious citizens, such methods are not suitable. 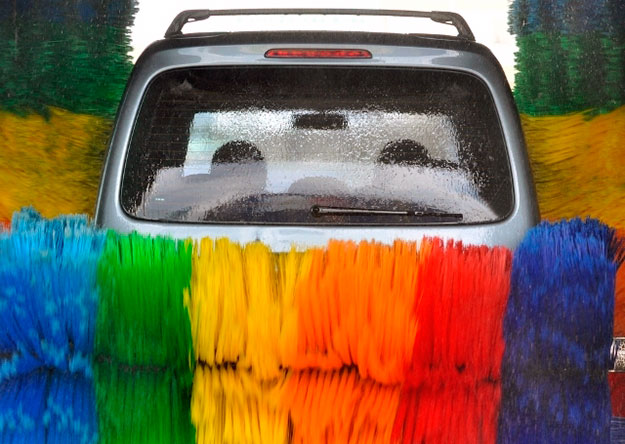 Stationary car wash. Remember that modern car wash consumes much less water than the one with a simple hose on the grass. As a rule, the owners comply with environmental requirements prescribed by the legislation, and the waste water is not poured anywhere, it is purified and then goes into action. This saves up to 70 percent of the precious resource.

Mobile car wash. Independent washing, which is becoming increasingly popular, requires neither the foundation nor the sewerage or running water. It works on the principle of a closed cleaning cycle. All you need is any flat area for placing boxing and washing rooms with tanks for clean and dirty water. 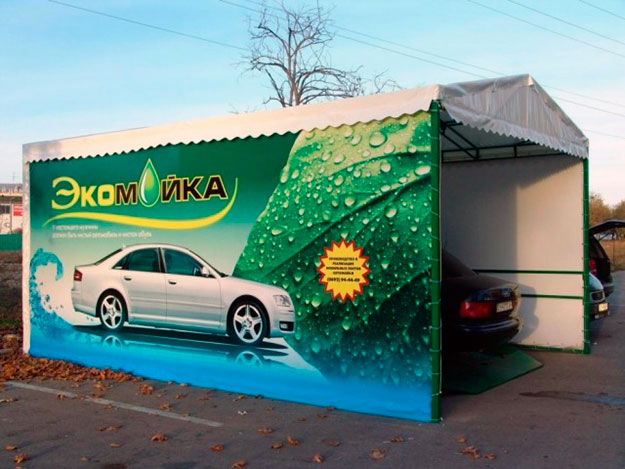 Another type of mobile eco-washing is generally without water. Special biodegradable solution is applied to the machine, and then it is washed by the cloth and all the dirt drains on the floor.

Rust is one of the main enemies of your car. Anti-corrosion treatment would be a good protection from effects of moisture, which would be best to leave to professionals in the workshop. Before covering, the wheels and wheel arches must be removed from the vehicle, and the car body should be carefully washed with water under high pressure and then dried. The coating must be applied strictly downwards. When choosing treatment, do not rely on advertising, but use the «word of mouth». The first three to four hours after application it is better not to go on the rocks or sand.

Regularly check to see if the car body has paint chips: there may appear a source of corrosion. Rust has a special «love» to the lower part of the doors, fenders, hood, the junction of the car body with the radiator.

Hydrogen and algae: technique on the verge of science fiction

The question «What will we ride, when run out of oil?» is now defined by all the leading manufacturers of automobiles and gasoline. The objective of reducing CO2 emissions is not less relevant.

New hybrids. If you have heard somewhere that there is the engine that runs only on water, do not believe it. It’s impossible to split the water molecule without external energy for obtaining hydrogen fuel. The most suitable option is a hybrid engine combining an electric battery and a reservoir with distilled water. Hydrogen is produced by electrolysis of such a plant. Tests of similar engines are carried out by almost all modern automakers. And the first series-produced car is Japanese Toyota Mirai. There are also types of gasoline-hydrogen engines, which are already used not only in passenger cars (BMW, Mazda), but also in environmentally friendly city buses (Ford, MAN, Isuzu). Distribution of «hydrogen» transport is limited, in particular, due to a small number of filling stations. So, broad introduction of new products in Russia is now only a dream.

Biofuel instead of gasoline. Another eco-friendly alternative is fuel from rapeseed. It was learned long ago how to get, but, first of all, not everywhere there’s enough suitable territory for the field, and, secondly, many people believe it is not entirely ethical to let food crops for fuel, while many regions of the world are hungry. Now scientists are betting on the «third-generation biofuels», – special algae, which needs only water, sun and nutrient medium for growth. Fuel from these algae has several times of higher quality compared to the one from the ground plants, and the exhaust gases cause less harm to the environment.

The only, but significant drawback is price. To make biofuel from algae cost-effective, we need technologies that are unlikely to appear in the next decade.

When the water is dangerous: cars and ice

This year in Russia winter was harsh. Therefore, there is no doubt that some extreme ones drive on frozen lakes and rivers or park cars near ice holes hole for winter fishing. Of course, it is better not to go on ice by car, but there are those who are useless to warn. They should know the figures that can save lives.

So, if you have a car, weighing up to 3.5 tons, the thickness of the ice at temperatures from -10 to -20 degrees must be at least 25 cm. And do not approach the ice edge closer than 19 meters. And if you have an off-road vehicle, a loaded car or another «monster-car», weighing 6.5 to 10 tons, the thickness of ice should be 35-40 cm, the distance to the edge should be not less than 25 meters.