Miniature car runs only on the power of evaporating water

Researchers have discovered an unlikely source of renewable energy, the naturally-occurring cycle that is water evaporation. Scientists at New York’s Columbia University replicated this process in the laboratory and harnessed its energy to power tiny machines, one of which was a moving, miniature car. The team says the technology could potentially to be scaled up to one day draw power from huge resting bodies of water such as bays and reservoirs. 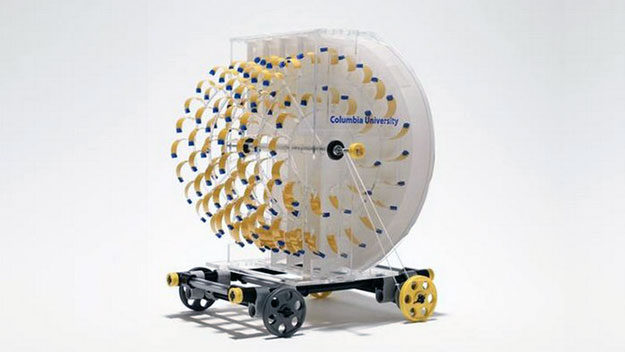 Its size and top speed is unlikely to land it a role in the next Fast and the Furious, but a car powered by water evaporation is a promising development

The research stems from work carried out last year by Ozgur Sahin, associate professor of biological sciences and physics at Columbia University. Sahin had discovered that when bacterial spores shrink and swell as a result of changes in humidity, that motion could be used to move other objects. He drew inspiration from his finding that, pound for pound, these spores actually pack more energy than some materials already used for moving objects in engineering.

He then teamed up with other scientists at Columbia to see if he could use the force of swelling spores to power small machines needing only moist air to operate. How, exactly? The secret is planting a series of these bacterial spores onto a flexible tape. As the tape is exposed to dry air, the spores shrink causing the tape to contract, while moist air causes this tension to be released, just like an artificial muscle. 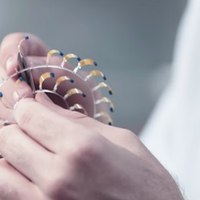 To multiply the effect, the researchers created a device where many pieces of tape were positioned alongside one another inside a plastic container topped by shutters. With water poured into the base of the container, the air inside became humid, adding length to the tape and opening the shutters on top. This in turn would release the humid air, shrink the spores, shorten the tape and close the shutters once. From there, the air would become humid and the process would start over again, creating an ongoing source of power. 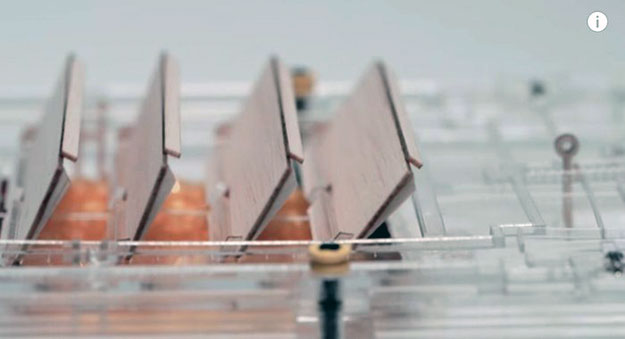 The researchers dubbed this an evaporation-driven piston, and were able to hook it up to a generator and cause a small light to blink. An interesting proof of concept, but they didn’t stop there.

The team’s second evaporation-powered engine is called the Moisture Mill. This is essentially a plastic wheel covered in pieces of the flexible, spore-covered tape where half is housed inside a humid environment and the other half exposed to the dry, outside air. As half the spores expand with humidity and the other half do not, an imbalance is created in the weight of either side of the wheel which causes it to spin, again creating a constant energy source so long as the imbalance is maintained.

The possible applications for this are many, Sahin notes, but to demonstrate its potential his team applied the force to a small vehicle. Simply attaching the axle of this large spinning wheel to smaller wheels that you might find on a toy car served to channel the motion into a moving, miniature vehicle.

Its size and top speed is unlikely to land it a role in the next Fast and the Furious, but it certainly looks like a promising development. Sahin says it could be possible to build engines that power full-sized vehicles using only this technique, and that a large version could even produce electricity. He imagines a gigantic version that rests above huge bodies of water to generate power, kind of like the wind turbines of tomorrow. You can see the car in action in the video below.