Bike locks … they’re very necessary items, but are sometimes a hassle to carry when you’re riding. U-locks can be clipped into a frame-mounted bracket, but not everyone wants a big plastic bracket permanently installed on their prized two-wheeler. They can also be stuffed in a backpack, although that can be a challenge if space in said backpack is already at a premium. 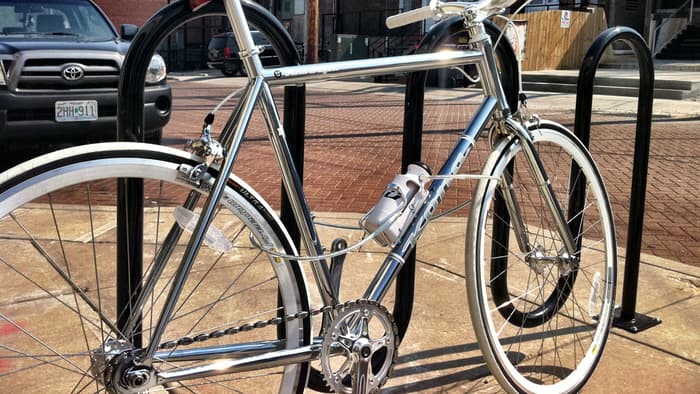 The Kuat Racks Bottle Lock is a bike lock that has the form of a water bottle.

Alternatives include a lock that you wear like a belt, and a lock that straps onto the bicycle’s top tube. Now, there’s another option – a lock that has the form of a water bottle, so it can sit in your bottle cage.

Called the Küat Racks Bottle Lock, the device at first glance looks like an ordinary water bottle. Inside of it, however, is five feet (1.5 meters) of plastic-coated 7.5 mm braided steel cable. This is reportedly enough to lock the frame and both wheels.

It is secured with a built-in lock, which comes with two keys. One of those can be kept in a storage compartment in the bottom of the bottle, although it probably wouldn’t be a good idea to put your spare in there – particularly not if bicycle thieves in your area have read this article.

The Küat Racks Bottle Lock has apparently yet to find a distributor, but should sell for around US$34.