A Climate Analyst Clarifies the Science Behind California’s Water Woes 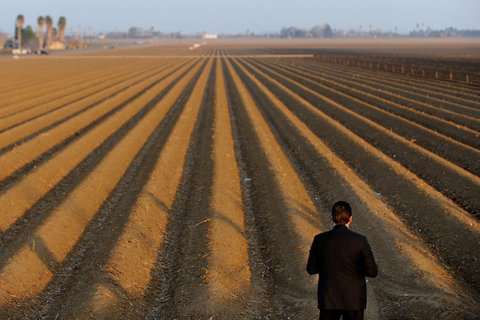 A secret service agent in Los Banos, Calif., as President Obama spoke on February 14. Mr. Obama suggested climate change as an explanation for the area’s drought.

There’s no question that residents of California and much of the West face a collision between high water demands driven by growth and outdated policies and a limited and highly variable water supply.

But that reality hasn’t stopped heated arguments from springing up in recent days over the cause or causes of California’s continuing epic drought. Is one of the drivers the growing human influence on the climate? Or is this drought something we’ve seen before, the result of natural variability?

In the wake of an unusual public debate on this issue between President Obama’s science adviser, John Holdren, and Roger Pielke, Jr., a longtime analyst of climate-related disaster losses at the University of Colorado, I received a helpful note from Martin Hoerling, who studies climate extremes for the National Oceanic and Atmospheric Administration.

Hoerling’s conclusions echo those of another longtime student of western drought, Richard Seager of Columbia University, as reported in Justin Gillis’s recent news report on the issue. “I’m pretty sure the severity of this thing is due to natural variability,” Seager told Gillis.

To say that there is interest to know if the California drought is appreciably related to human induced climate change is an understatement just from reading these rather acidic exchanges.

It is surprising to me when the government’s chief scientist feels compelled to respond…to the remarks of a single university professor, Roger Pielke, Jr., on that subject [as cited by a Senate subcommittee].

Andy, I’ve been engaged in understanding this drought event, having just returned from Sacramento where I briefed a group of water managers and emergency responders on the drought. [The event: “California Drought Outlook Forum: What’s Ahead and What We Can Do.”]

This drought has many of the attributes of past historical droughts over the region — widespread lack of storms and rainfall that would normally enter the region from the Pacific with considerable frequency. It resembles the 1975-76 and 1976-77 California droughts, when two consecutive years were at least as dry as the last two years have been for the state as a whole.

This may seem pretty obvious (and trivial) from simple inspection of historical observations, and indeed this drought is quite familiar to anyone who lived in California during the mid-1970s, as I did.

But the obligations for water have greatly increased in the state, and it may very well be that the stress created by the current failed rains is more severe than for similar rainfall deficits 40 years earlier. Without making a strong claim, it is at least intuitive that sociological and economic changes in California could be reducing resiliency to natural hazards, like drought. Such points have been made in many contexts regarding natural hazards and changes in human society — quite clearly and defensibly by Roger Pielke, Jr. — and this California situation may be in that same spirit.

Concerning the “debate” highlighted by the above exchanges between Pielke and Holdren, the issue isnt about analogues to past droughts (which, by the way, the California resource managers were more interested in), but about the scientific evidence that California droughts have become more severe due to climate change.

To the extent that precipitation is key, it can be said with high confidence that there is no trend toward either wetter or drier conditions for statewide average precipitation since 1895, so that has not likely been a player. But there are other indicators, and aspects of rainfall behavior that could be conducive to drought, even if the mean seasonal rainfall isn’t changing. What is the evidence there?

The argument hinges mostly on temperature and how it may be affecting water resources. (Never mind, by the way, that the farmers and water managers are praying to the heavens for rain, not for cooler temperatures, to bust their drought!).

A way of integrating the effects of temperature on drought is to examine soil moisture time series. These have been assessed (based on simulations with sophisticated land models), the results of which are summarized by the IPCC (2012) report on extreme events (for which this drought qualifies). The Palmer Drought index and simple counts of consecutive dry days have also been diagnosed. That latest 2012 report, (the so-called SREX report) in their Table 3-2 examines the evidence for regional changes since 1950, and makes the following assessment of these various indicators for western North America:

“No overall or slight decrease in dryness since 1950; large variability; large drought of the 1930s dominate.”

The team of 42 authors assigned a “Medium Confidence” to that assessment. The report’s team in Table 3-3 then goes on to assess the scientific evidence for how drought in this region will change in the 21st century. They write:

“Inconsistent signal in consecutive dry days and soil moisture changes,” to which they assign a low confidence.

It is quite clear that the scientific evidence does not support an argument that this current California drought is appreciably, if at all, linked to human-induced climate change.

This is not to say that a warmer climate can’t and won’t act to decrease soil moisture. It simply reminds us that the current drought event, like its historical ancestors, continues to be strongly driven by the vagaries of storm tracks and the manner in which rains are delivered to the narrow stripe of the U.S. West Coast.