Climate change-induced changes in snowfall patterns could imperil two billion people who rely on melting snow for their water supply — and developing countries must work to protect citizens from these variations, researchers say. 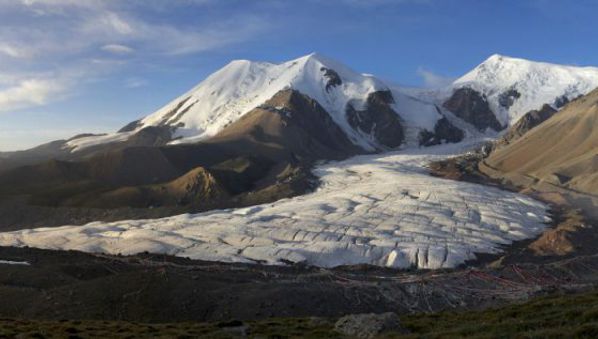 Out of 421 drainage basins studied in the northern hemisphere, a study published on 12 November identified 32, serving nearly 1.45 billion people, which are most sensitive to these changes because of their high reliance on snowmelt. In these regions, precipitation falling as rain instead of snow due to climate change is likely to decrease the volume of snowpacks, which are natural reservoirs of freshwater.

These snow-sensitive basins include for example the Indus river basin, which is shared between Afghanistan, China, India and Pakistan, says the paper published in Environmental Research Letters.

“Both increases and decreases [in snowfall] are entirely consistent with global warming,” says lead author Justin Mankin, a climatologist at Columbia University in the United States. “We have to be prepared for both.”

The study has identified areas where there is a high demand for water and a large role for snowmelt in the hydrological cycle, says Walter Immerzeel, a geoscientist at Utrecht University in the Netherlands, who has worked in developing countries.

Rural populations are likely to suffer most, particularly those living near mountains, according to Immerzeel. “The closer you are to the source, the more dependent you are on the snowmelt,” he says.

Protecting those vulnerable to changing snowfall patterns requires locally adapted responses, says Mankin. “Some areas will need changes in the legal institutions, others in infrastructure or technological access,” he adds.

For ease of modelling, the study assumed that water demand per person would remain the same over the next century, but growing populations and changing consumption patterns will put increasing pressure on water resources. “Humans are the largest source of uncertainty and that means we have a tremendous amount of agency in the outcome,” says Mankin. He adds that consumption patterns and conservation efforts will determine how vulnerable each nation is to the change.

But Mark Maslin, a climatologist at University College London in the United Kingdom, says current pressures could prevent conservation efforts. “Even if [governments] are aware of future, bigger problems, it’s difficult for them to plan for it when they are just trying to look after their people now” to cope with immediate conflict and natural disasters, he says.