The company hoping to do away with the idea of sending something off to a lab for analysis has introduced the second of four planned sensor chips for its hand-held chemical analyzer. The AquaDx chip will work with the MyDx portable analyzer to test for the presence of toxic chemicals or elements in water. 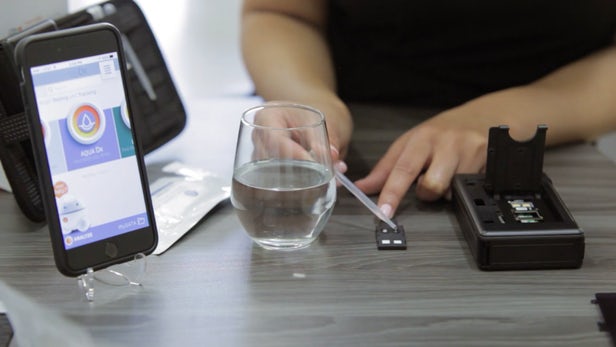 The water-testing chip follows the CannaDx chip meant to determine the potency and detailed chemical analysis of cannabis, which was the first chip released for MyDx. The company says chips to test air and organic produce are currently in beta and will also be released in the coming months.
The AquaDx chip connects to the MyDx analyzer, which connects to a smartphone app via Bluetooth that uploads data from a physical water profile to the cloud for analysis and then downloads a full report. AquaDx sensors that work with the chip are disposable and single use. Three different sensors included in the package can test for pesticides and heavy metals, according to U.S. military standards; lead, using U.S. Environmental Protection Agency standards; and total hardness, chlorine, alkalinity and pH.
The sensor seems similar, at least conceptually, to one we saw last year out of Denmark to test for bacteria in water in real time.
The whole process of testing for drinking water should produce a pass or fail result in about six minutes. The company sees the product as particularly helpful in places like Flint, Michigan that have endured water-quality crises in recent years. 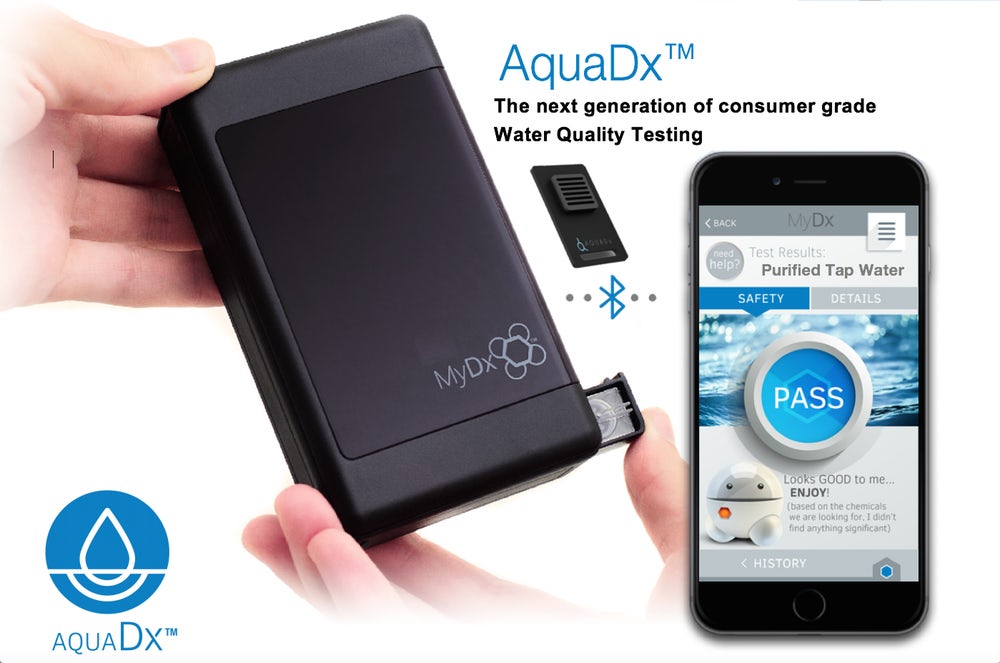 The MyDx system was originally launched via an Indiegogo crowdfunding campaign two years ago, where it raised double its goal. A few years later, the company is still working to roll out all four planned chips.
The chance to get in early on a MyDx at a deep discount is long gone, though. The company is currently taking pre-orders for the MyDx analyzer with an AquaDx upgrade kit for US$600, or if you do already have the analyzer, the AquaDx upgrade is $70. Packs of disposable sensors for testing can also be ordered for $20.
Considering that you’re only likely to test a few water sources such as that at your home or the home of a family member, the price tag seems steep indeed. But being that the sensor will eventually be multi-functional, you might find the investment worthwhile.