Scientists uncover truth about fluoride and other water contaminants

There have been numerous studies highlighting the adverse effects of water fluoridation and other drinking water contaminants, but a slew of new scientific findings have sparked even more opposition to these chemicals than ever before. Most shockingly, a study has even linked fluoride to lower IQ in children. 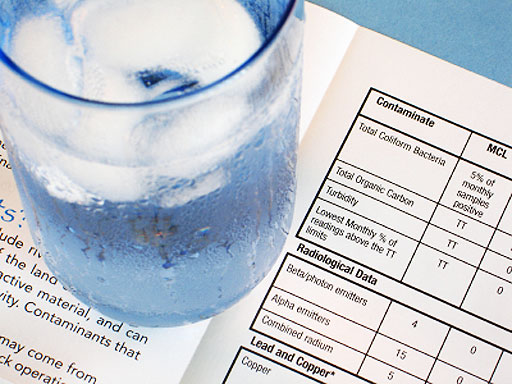 In the same vein, deadly carcinogens have been found in cities across the United States. Hexavalent chromium, also known as chromium-6, is a deadly carcinogen that was found in the drinking water of 31 U.S. cities. With the surge of new information exposing our drinking water as toxic sludge, a question arises. Could this information put a stop to the pollution and fluoridation of the public water supply?

Fluoride is added to 70% of the U.S. water supply. Kids who drink this water suffer from decreased cognitive function, according to research published in Environmental Health Perspectives, a publication of the National Institute of Environmental Health Sciences. The study followed 512 children between the ages 8 and 13, with varying degrees of fluoride exposure. One group lived in a Chinese village with high fluoride levels, and the other in a Chinese village with low fluoride levels. The scientists conducting the study even eliminated other variables that may have affected brain health, such as iodine deficiency and lead exposure. With these variables eliminated, researchers found that the number of intelligent children in the village with low fluoride levels was 350 percent higher than those in the high fluoride village. Even more disturbing, 15% of the highly fluoridated children scored low enough to indicate mental retardation, verses 6% in the other village.

According to Paul Connett, Ph.D., director of the Fluoride Action Network, “This is the 24th study that has found this association, but this study is stronger than the rest because the authors have controlled for key confounding variables and in addition to correlating lowered IQ with levels of fluoride in the water, the authors found a correlation between lowered IQ and fluoride levels in children’s blood. This brings us closer to a cause and effect relationship between fluoride exposure and brain damage in children.”

In the first ever public analysis of hexavalent chromium in drinking water, the Environmental Working Group (EWG) uncovered even more disturbing information regarding the quality of the country’s drinking water. The EWG found that hexavalent chromium was present in the drinking water of 31 U.S. cities. This is a chemical that was labeled a “probable carcinogen” in 2008 by the National Toxicology Program. Despite causing cancer in laboratory rats, the federal government allows for a “safe” level of total chromium. This “total” chromium figure also includes trivalent chromium, which is a mineral that the body can actually utilize. What this means is that in many cases, hexavalent chromium could have made up the majority of total chromium in the water supply. Unfortunately, this seems to be the case for many of the 31 U.S. cities tested.

In Noman, Oklahoma, the water contained 200 times what California has declared to be the “safe” level of this carcinogen. California legislatures set this level at 0.06 parts per billion in their recent public health proposal, which means that Noman had around 12 parts per billion. Bethesda and Washington were next on the list with 0.19 parts per billion, more than three times the California limit. The rise in hexavalent chromium is most likely tied to its industry use, with Pacific Gas & Electric forced to pay $333 million in damages due to leaking the carcinogen into the water of a California town. The federal government, however, is not being forced to pay the millions of people in this country who are regularly consuming deadly tap water.

While fluoride and hexavalent chromium are cause for concern, there are other substances in the country’s drinking water that also warrant concern. The first of which is lead, which can enter the water supply through corrosive pipes or improper water treatment. Pathogens, which are infectious agents, can also be found in many cities worldwide. Chlorine, while a hazard itself, actually reacts with other chemicals to create even more poisonous substances. Trihalomethanes and haloacetic acids are two such by-products, which have been linked to cancer and reproductive problems. While it is not possible to discuss the long list of drinking water toxins in depth, as it is too extensive, arsenic and radon are among the other primary chemicals found in the water.

It is important to remember that exposure to these chemicals is not limited to simply drinking the water. Showering and bathing in tap water will lead to the absorption of these substances through the skin, and can account for even more toxic buildup than drinking the water.

The studies are conclusive, and the information is being compiled more steadily than ever before. Water fluoridation and pollution now stands as a mainstream issue that must be addressed. The solution is simple, and all it takes is activism. The citizens of many countries around the world have successfully eliminated water fluoridation through petitioning their respective governments, and the same can be done in the remaining countries. When the people loudly voice their opposition to the chaotic state of their drinking water, it will be the end of governmental water contamination.

[Editor`s Note: NaturalNews is strongly against the use of all forms of animal testing. We fully support implementation of humane medical experimentation that promotes the health and wellbeing of all living creatures.]