How Petersburg Was Saved from Floods

The Northern capital, built in the delta of Neva, always had uneasy relations with the river and the sea. For all its history the city has experienced more than 300 floods! The threat of flooding has always been real, and all this time rulers and scientists have devised ways to prevent destruction and sacrifice. This we tell in the next Water-gallery. 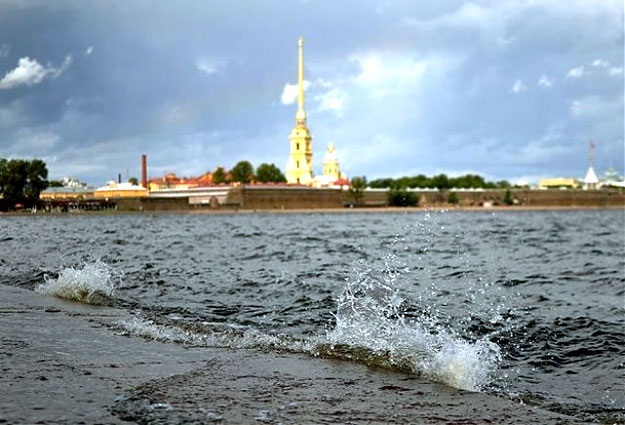 To find the correct solution to the problem, it was necessary to understand its causes. Why did the water in the Neva rise and fall upon the city? Who is to blame – the sea or the river? On this account for a long time there was no single point of view, and a variety of protection methods were offered.

1. To raise and to strengthen. Tsar Peter, with his practicality and engineering talent, could not help taking care to protect his creation from floods. He decided to use the experience of the Swedes and Finns, who had previously lived on the banks of the Neva, and to engage in artificial lifting of the territories adjacent to the Neva. The result is bedding the land of Vasilievsky and Petersburg islands and they became three meters above the average river level. In addition, Peter ordered to strengthen the coastline. 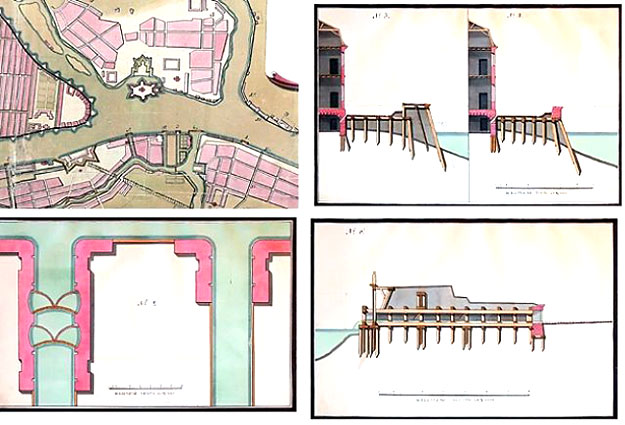 These methods were reflected in the first project to protect the city from floods. Work called “Project, in which St. Petersburg anti-pouring water can be concealed” was written in 1727 by Field Marshal Minich. He proposed to equip dams and embankments with a height of up to 4 meters in the most vulnerable low located areas, and on the islands – Vasilievsky, Gorodovoy (Petrograd side) and Admiralty. The project was never implemented. 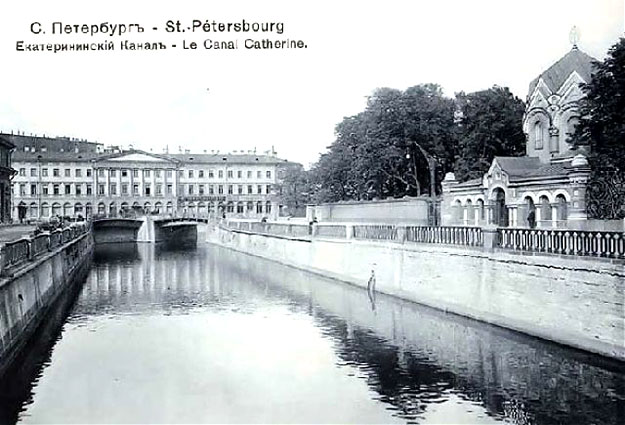 2. Channels and granite. Under Catherine, the main reason for the floods in St. Petersburg was the river, which waters were moving back under the wind influence. And they decided to fight it with the help of new canals, which, if necessary, had to take the water away. So there were built Catherine (Griboyedov) and Obvodny Canal. At the same time appeared the famous “granite coast” – the stone facing prevented erosion. 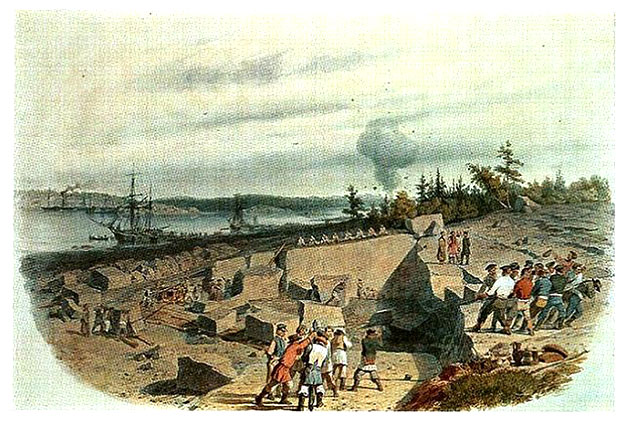 3. Guns, flags and seamark. In St. Petersburg, they tried to inform the residents in time about the impending disaster. After the flood of 1777, which took thousands of lives, the Empress Catherine ordered “to give further signals when extreme water rises” – by gunfire from the Admiralty Fortress, and with a bell ringing. In addition, white flags were hung out, and the lanterns were lit in the dark. Appeared duty rescue vessels. 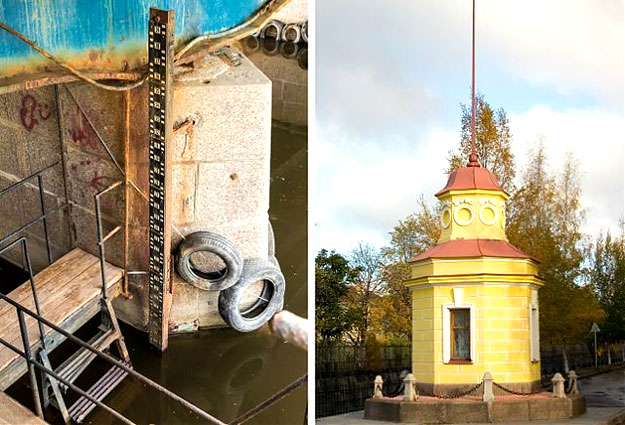 Since 1707 in Kronstadt a seamark service has been working. There is a rail with applied divisions, which recorded fluctuations of the water level. Based on many years of observations, the average water level in the Baltic Sea was calculated, the corresponding mark was applied in 1840 to the support of the Kronstadt Blue Bridge. And since 1870, floods and ebbs were continuously recorded using a special device – a tide gauge. Now it is in the turret pavilion, not far from the bridge. In the Soviet times they began to count the depths and heights when drawing maps from the Kronstadt seamark. 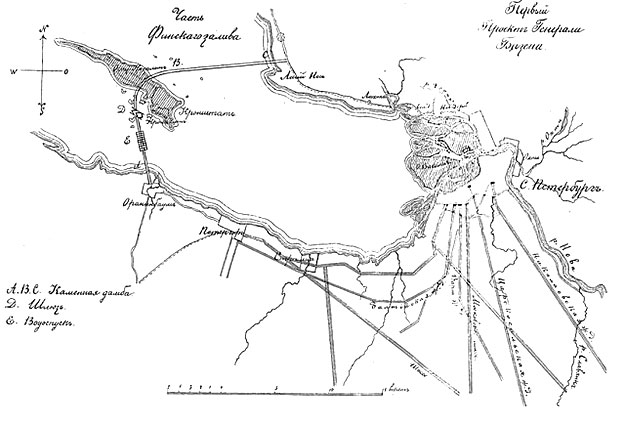 4. French version: a step into the future. After the devastating flood of 1824, an international contest for the best design of protective structures was announced. It was at this time that the idea of ​​constructing a dam across the Gulf of Finland appeared, and Pierre-Dominique Bazin, a French engineer who served in the Russian Empire, proposed it. According to his plan, the barrier would stop a large wave from the sea, which is the greatest danger for St. Petersburg. The complex was to consist of five dams with a total length of almost 24 kilometers, built between Lisiy Nos and Oranienbaum, with one passageway and one culvert. This grandiose plan was never implemented. However, Bazin’s idea did not sink into oblivion. Two centuries later the dam in St. Petersburg, after all, has appeared. 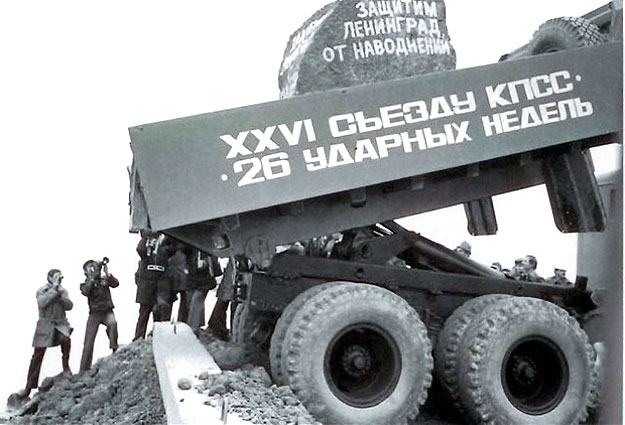 5. Long road to the dam. In the Soviet era, the idea of ​​creating a comprehensive city defense on the Neva returned after another flood in 1924. Because of the Great Patriotic War, development was interrupted. By 1971, the institute “Lengidroproekt” presented a variant of construction of a dam from Gorskaya through the Kotlin Island to Bronka. The construction was started in 1979, and by the end of the 1980s the project was implemented at 60-70 percent, but it had a difficult fate. 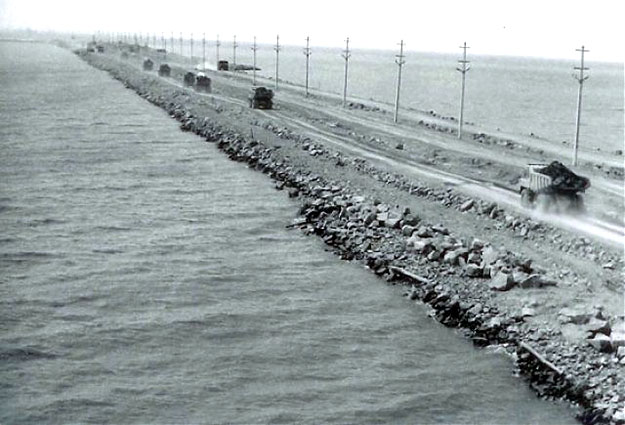 The public in the face of scientists and cultural figures opposed the construction. In their opinion, the dam threatened the ecosystem of the Neva Bay. Began examination, disputes. Meanwhile, the nineties came. The construction stopped finally due to the lack of money, and was resumed only in 2001. 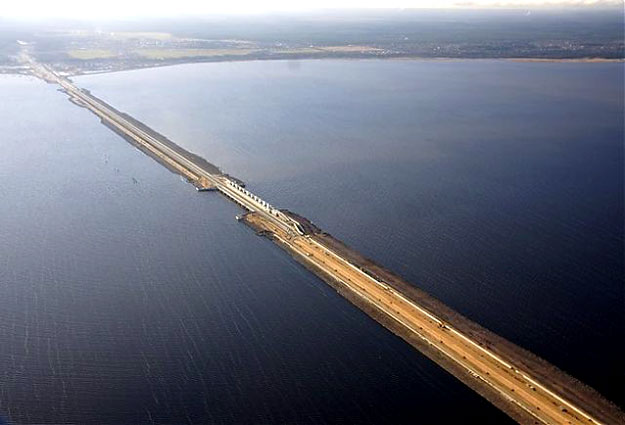 In August 2011,the Complex of protective structures was opened, consisting of a northern and southern dam, two navigational facilities and six culverts. Since then, every time when large waves are approaching, the bolts are closing and blocking its path. So, finally, it was possible to protect the city from the sea vagaries. 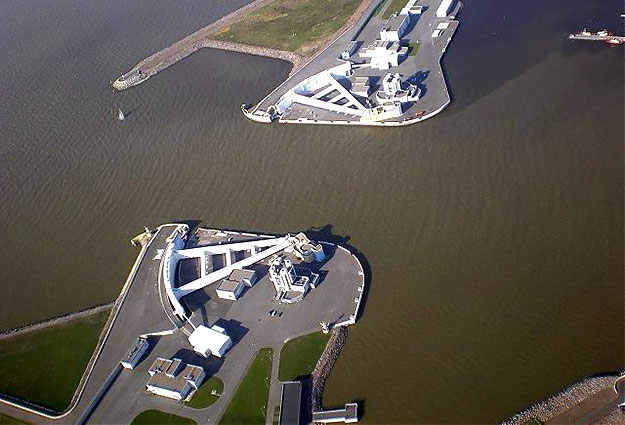