No Wars for Water

Why Climate Change Has Not Led to Conflict

The world economic downturn and upheaval in the Arab world might grab headlines, but another big problem looms: environmental change. Along with extreme weather patterns, rising sea levels, and other natural hazards, global warming disrupts freshwater resource availability — with immense social and political implications. Earlier this year, the Office of the Director of National Intelligence published a report, Global Water Security, assessing hydropolitics around the world. In it, the authors show that international water disputes will affect not only the security interests of riparian states, but also of the United States. 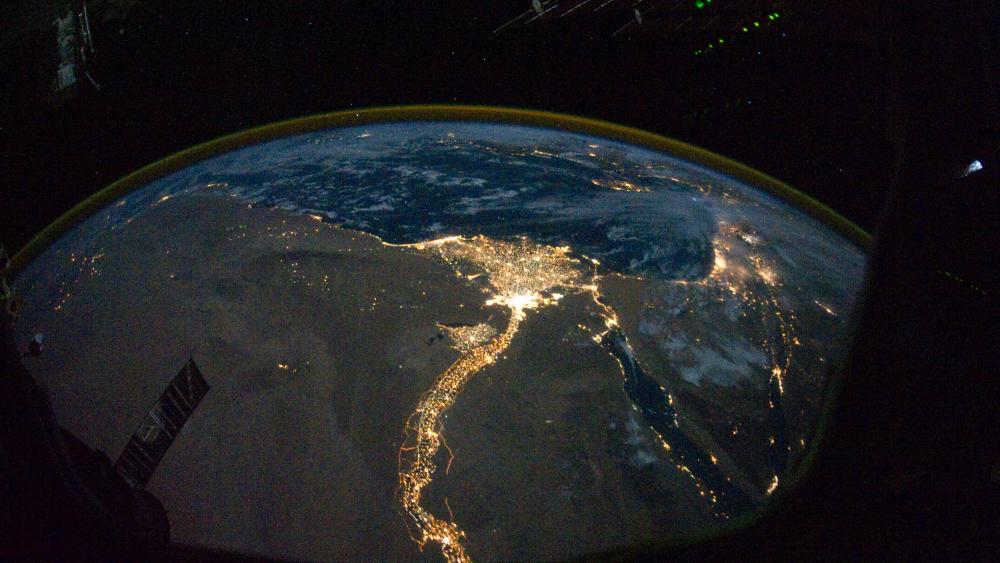 In many parts of the world, freshwater is already a scarce resource. It constitutes only 2.5 percent of all available water on the planet. And only about .4 percent of that is easily accessible for human consumption. Of that tiny amount, a decreasing share is potable because of pollution and agricultural and industrial water use. All that would be bad enough, but many freshwater bodies are shared among two or more riparian states, complicating their management.

Of course, the policy community has long prophesied impending “water wars.” In 2007, UN Secretary General Ban Ki Moon warned that “water scarcity … is a potent fuel for wars and conflict.” Yet history has not witnessed many. In fact, the only official war over water took place about 4,500 years ago. It was a conflict between the city-states of Lagash and Umma in modern day Iraq over the Tigris river. More recently, there have been some close calls, especially in the arid Middle East. About two years before the 1967 War, Israel and Syria exchanged fire over the Jordan River Basin, which both said the other was overusing. The limited armed clashes petered out, but the political dispute over the countries’ shared water sources continues. In 2002, Lebanon constructed water pumps on one of the river’s tributaries, which caused concern for downstream Israel. The project never provoked any formal military action, but with peace in the region already precarious, verbal exchanges between the two countries prompted the United States to step in. Both parties eventually accepted a compromise that would allow Lebanon to withdraw a predetermined amount of water for its domestic needs.

In short, predictions of a Water World War are overwrought. However, tensions over water usage can still exacerbate other existing regional conflicts. Climate change is expected to intensify droughts, floods, and other extreme weather conditions that jeopardize freshwater quantity and quality and therefore act as a threat-multiplier, making shaky regions shakier.

So what river basins constitute the biggest risks today? In a World Bank report we published in 2010 (as well as a subsequent article in a special issue of the Journal of Peace Research) we analyzed the physical effects of climate change on international rivers. We modeled the variability in river annual runoff in the past and for future climate scenarios. We also considered the existence and nature of the institutional capacity around river basins, in the form of international water treaties, to potentially deal with the effects of climate change.

According to our research, 24 of the world’s 276 international river basins are already experiencing increased water variability. These 24 basins, which collectively serve about 332 million people, are at high risk of water related political tensions. The majority of the basins are located in northern and sub-Saharan Africa. A few others are located in the Middle East, south-central Asia, and South America. They include the Tafna (Algeria and Morocco), the Dasht (Iran and Pakistan), the Congo (Central Africa), Lake Chad (Central Africa), the Niger (Western Africa), the Nile (Northeastern Africa), and the Chira (Ecuador and Peru). There are no strong treaties governing the use of these water reserves in tense territories. Should conflicts break out, there are no good mechanisms in place for dealing with them.

By 2050, an additional 37 river basins, serving 83 million people, will be at high risk for feeding into political tensions. As is the case currently, a large portion of these are in Africa. But, unlike today, river basins within Central Asia, Eastern Europe, Central Europe, and Central America will also be at high risk within 40 years. Some of these include the Kura-Araks (Iran, Turkey, and the Caucasus), the Neman (Eastern Europe) Asi-Orontes (Lebanon, Syria, Turkey), and the Catatumbo Basins (Colombia and Venezuela).

Among the larger African basins, the Nile has the greatest implications for regional and global security. Tensions over access to the river already pit Ethiopia and Egypt, two important Western allies, against one another. Egypt has been a major player in the Middle East Peace Process and Ethiopia is an important regional force in the Horn of Africa, currently aiding other African forces to battle Al-Shabbab in Somalia.

Over the years, a number of international water treaties have made rules for the basin, but they are largely limited to small stretches of it. In particular, only Egypt and Sudan are party to the 1959 Nile River Agreement, the principal treaty regarding the river. Egypt, which is the furthest downstream yet is one of the most powerful countries in the region, has been able to heavily influence the water-sharing regime. Upstream countries, such as Ethiopia and Burundi, have been left out, hard-pressed to harness the Nile for their own needs.

In 1999, with increasingly vitriolic rhetoric between Egypt and Ethiopia sidetracking regional development, the World Bank stepped up its involvement in the basin. It helped create a network of professional water managers as well as a set of investments in a number of sub-basins. Still, the drafting of a new agreement stalled: upstream countries would not compromise on their right to develop water infrastructure while downstream countries would not compromise on protecting their shares. In 2010, Ethiopia signed an agreement with a number of the other upstream countries hoping to balance against Egypt and Sudan. More recently, the country has also announced plans to construct a number of large upstream dams, which could affect the stability of the region.

By 2050, the environmental state of the Nile Basin will be even worse. That is why it is important to create a robust and equitable water treaty now. Such a treaty would focus on ways to harness the river’s hydropower potential to satiate the energy needs of all the riparian states while maintaining ecosystem health. The construction of dams and reservoirs further upstream could likewise help even out water flows and facilitate agricultural growth. Projects such as these, mitigating damage to ecosystem health and local populations, would benefit all parties concerned and thus facilitate further basin-wide cooperation.

UP IN THE ARAL

Another water basin of concern is the Aral Sea, which is shared by Kazakhstan, Kyrgyzstan, Tajikistan, Turkmenistan, and Uzbekistan. The basin consists of two major rivers, the Syr Darya and Amu Darya. During the Soviet era, these two rivers were managed relatively effectively. The break-up of the Soviet Union, however, ended that. The major dispute now is between upstream Kyrgyzstan and downstream Uzbekistan over the Syr Darya. During the winter, Kyrgyzstan needs flowing water to produce hydroelectricity whereas Uzbekistan needs to store water to later irrigate cotton fields.

The countries have made several attempts to resolve the dispute. In particular, downstream Uzbekistan, which is rich in fuel and gas, has provided energy to Kyrgyzstan to compensate for keeping water in its large reservoirs until the cotton-growing season. Such barter agreements, however, have had limited success because they are easily manipulated. Downstream states might deliver less fuel during a rainy year, claiming they need less water from upstream reservoirs, and upstream states might deliver less water in retaliation. Kyrgyzstan, frustrated and desperate for energy in winter months, plans to build mega hydro-electric plants in its territory. And another upstream state, Tajikistan, is likewise considering hydro-electricity to satiate its own energy needs. Meanwhile, Uzbekistan is building large reservoirs.

Although these plans might make sense in the very near term, they are inefficient in the medium and long term because they don’t solve the real needs of downstream states for large storage capacity to protect against water variability across time. In fact, both Kyrgyzstan and Uzbekistan, along with Kazakhstan, will see substantial increases in water variability between now and 2050. And so, the need to share the benefits of existing large-capacity upstream reservoirs and coordinate water uses through strong and more efficient inter-state agreements is unavoidable.

A stabilized Aral Sea basin would also benefit the United States. With its withdrawal from Afghanistan, Washington has been courting Uzbekistan as a potential alternative ally and provider of stability in the region. The Uzbek government seems willing to host U.S. military bases and work as a counter-weight to Russia. Kyrgyzstan is also an important regional player. The Manas Air Base, the U.S. military installation near Bishkek, is an important transit point. The country is also working with the United States to battle drug trafficking and infiltration of criminal and insurgent groups. Regional instability could disrupt any of these strategic relationships.

If the past is any indication, the world probably does not need to worry about impending water wars. But they must recognize how tensions over water can easily fuel larger conflicts and distract states from other important geopolitical and domestic priorities. Since formal inter-state institutions are key to alleviating tensions over shared resources, it would be wise, then, for the involved governments as well as the international community to negotiate sufficiently robust agreements to deal with impending environmental change. Otherwise, freshwater will only further frustrate stability efforts in the world’s volatile regions.