Five per cent of the world’s population survives on 1 per cent of its water in the Middle East and this contributed to the 1967 Arab -Israeli war. It could fuel further military crises as global warming continues. 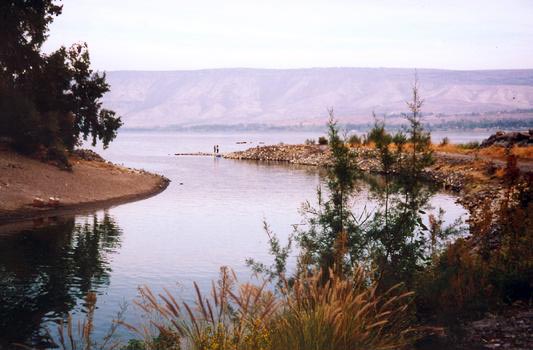 Israel, the Palestinian Territories and Jordan rely on the River Jordan but Israel controls it and has cut supplies during times of scarcity. Palestinian consumption is severely restricted by Israel.

Turkish plans to build dams on the Euphrates River brought the country to the brink of war with Syria in 1998. Damascus accused Ankara of deliberately meddling with their water supply as the country lies downstream of Turkey, who accused Syria of sheltering key Kurdish separatist leaders. Water shortages driven by global warming will pile on the pressure in this volatile region.

The Brahmaputra River has caused tension between India and China and could be a flashpoint for two of the world’s biggest armies. In 2000, India accused China of not sharing information of the river’s status in the run up to landslides in Tibet which caused floods in northeastern India and Bangladesh. Chinese proposals to divert the river have concerned Delhi.

Tensions have flared between Botswana, Namibia and Angola around the vast Okavango basin. And droughts have seen Namibia revive plans for a 250-mile water pipeline to supply the capital. Draining the delta would be lethal for locals and tourism. Without the annual flood from the north, the swamps will shrink and water will bleed way into the Kalahari Desert

Population growth in Egypt, Sudan and Ethiopia is threatening conflict along the world’s longest river, The Nile. Ethiopia is pressing for a greater share of the Blue Nile’s water but that would leave downstream Egypt as a loser. Egypt is worried the White Nile running through Uganda and Sudan, could be depleted as well before it reaches the parched Sinai desert.

Floods in the Ganges caused by melting glaciers in the Himalayas are wreaking havoc in Bangladesh leading to a rise in illegal migration to India. This has prompted India to build an immense border fence in attempt to block newcomers. Some 6,000 people illegally cross the border to India every day.