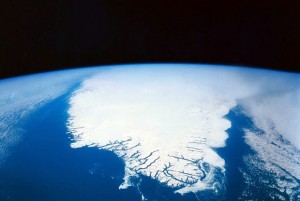 Arctic ice-melting this summer has already been so extreme that it has easily passed the last record low, set in 2007.

Sea ice cover in the Arctic has fallen to its lowest level since satellite records began 33 years ago, scientists said recently, prompting experts to warn the world had entered “uncharted territory” in the rate of climate change.

But as the annual summer melting period ends, scientists at the National Snow and Ice Data Center in Colorado said the Arctic’s sea ice “extent” – the total area that is at least 15 per cent ice – had fallen to just 3.41m square kilometres, or 1.32m square miles. This is nearly 50 per cent lower than the average recorded from 1979 to 2000 and well below the September 2007 record low of 4.17m sq km, leading some to warn that the climate may be changing faster than previously forecast.

“We are now in uncharted territory,” said Mark Serreze, NSIDC director. “While we’ve long known that as the planet warms up, changes would be seen first and be most pronounced in the Arctic, few of us were prepared for how rapidly the changes would actually occur.” Mr Serreze said the figures suggested there could be even more transformative shifts in global shipping routes. “While lots of people talk about opening of the Northwest Passage through the Canadian Arctic islands and the Northern Sea Route along the Russian coast, 20 years from now in August you might be able to take a ship right across the Arctic Ocean,” he said. 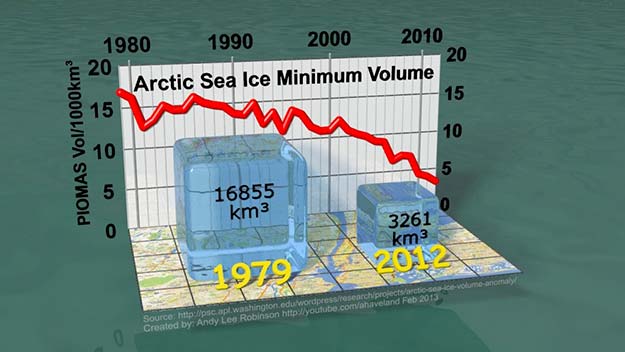 Others warned the loss of ice could accelerate the rate of warming, as the open ocean absorbs more heat from the sun’s rays than ice. “That is a truly staggering rate of melting, far beyond what scientists thought would happen a few years ago,” said Bob Ward of the Grantham Research Institute on Climate Change at the London School of Economics. “It is a sign that global warming driven by greenhouse gas emissions is creating a world of which modern humans have no experience.” Other scientists said the declines had come as something of a surprise in the Arctic, which used to have a lot of ice that survived through several years but is increasingly having large areas melt completely in summer.

“The later minimum date is somewhat surprising because we expected that the late melt in the Chukchi and East Siberian seas would result in cool surface waters that would quickly refreeze once the atmosphere cooled,” said NSIDC scientist Walt Meier. “However, ice loss continued north of the Kara and Laptev seas, opening up a gap in the ice cover that reduced extent.” This showed how thin the ice cover is, he said. “Ice has to be quite thin to continue melting away as the sun goes down and [autumn] approaches.” The latest figures are preliminary, with final data due to be released in October. The NSIDC said there was still a chance changing winds could push ice floes together, reducing the extent of sea ice even further.