The Day the Niagara Falls Froze Over

It’s an amazing snapshot – so amazing that many have been quick to cry fake: North America’s most iconic falls, apparently frozen mid-flow – but what moment in time is frozen in sepia within this frame? One might think the answer would be simple, but with the origins of this photo veiled in a mist of uncertainty like the spray produced by the falls themselves, nothing is guaranteed. 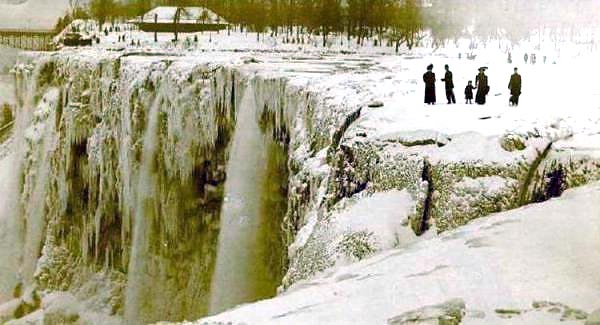 It seems claims of Photoshop frolics are misguided in this case; yet while the shot looks authentic, because its photographer is unknown, we can’t be sure precisely when it was taken. 1911 has been the date aired most on the web, but it could just as easily be 1912, when much of the surrounding Niagara River was frozen. The other point here is that in the photo the falls are not entirely frozen over, with several small spouts of water visible gushing out from beneath the crust of ice crystals. 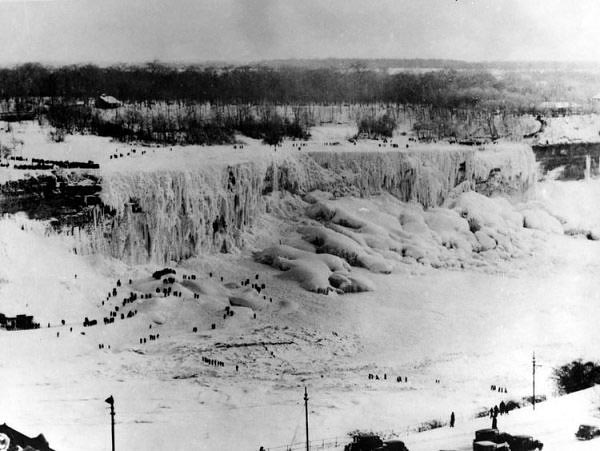 According to historical records, during only one year, 1848, has freezing weather caused the thousands of cubic feet of water per second flowing over the Niagara Falls to run dry, an event thought to have been caused by ice jamming and damming upriver. Ice bridges spanning the Niagara River from bank to bank have formed as a result of various other colder winters, and in 1936, when the photo above was probably taken, the American Falls are said to have frozen over completely. 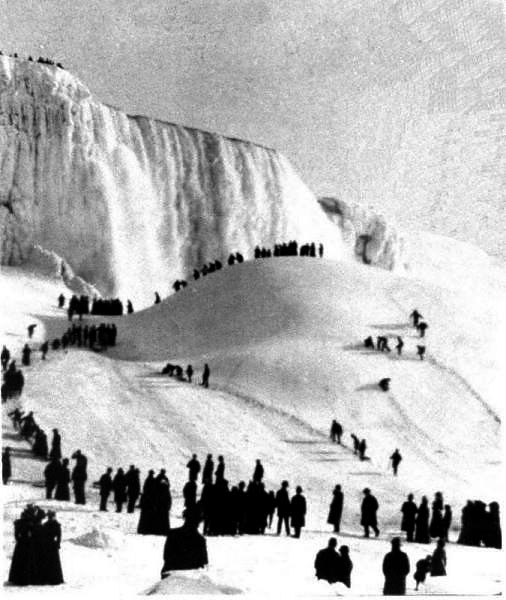 The years 1909, 1938 and 1949 are others in which the water usually rushing over these famous falls may have been reduced to a trickle – if not over the Horseshoe Falls on the Canadian side of the border the Niagara Falls straddle, then at least over the shallower American Falls. Meanwhile, back in 1912, an ice bridge broke apart as several people were crossing it, sending three to their deaths as the ice on which they stood plunged them into oblivion. 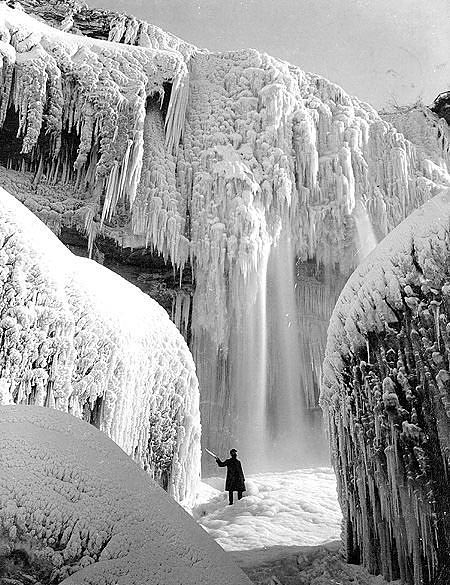 Cave of the winds in winter niagara falls, date unknown

To conclude, if there is one specific day when the Niagara Falls might be said to have frozen solid in recent history, it most likely took place in 1848, and even so, the news reports of the time were patchy on detail. More likely, we are looking at several days over the course of a century and a half when the falls gave the appearance of having fully frozen over, when in fact they only did so partially. One thing’s for sure though: it hasn’t happened in some considerable time. Nobody say climate change.