How to solve America’s water problems

As his state endures its worst drought in a century, Georgia Gov. Sonny Perdue is praying for rain. Lake Lanier, the reservoir that waters the endlessly growing colossus of metro Atlanta, is receding from its banks, shriveling to a shiny puddle. Georgia has restricted car washing and lawn watering. It has shut off its outdoor fountains. 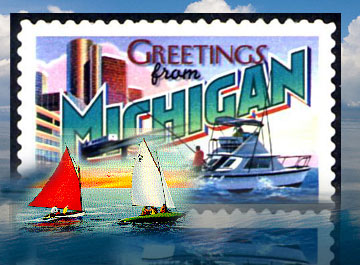 In San Diego, which just experienced its driest summer in recorded history, the hills are charred from October’s wildfires. The state of California is so tapped out that the pumps that carry water from the Sacramento River to San Diego were tightened in December. Water authorities are urging San Diegans to tear up their grass and replace it with cactus and succulent.

Bill Richardson, governor of arid New Mexico, had his region’s plight in mind when he told the Las Vegas Sun that Northern states need to start sharing their water: “I want a national water policy. We need a dialogue between states to deal with issues like water conservation, water reuse technology, water delivery and water production. States like Wisconsin are awash in water.”

Sun Belters, there’s a man in Detroit with the answer to your water problems. “They can have all the water they want,” says Hugh McDiarmid Jr. of the Michigan Environmental Council. “All they have to do is move here.” There’s plenty of room. Some Detroit neighborhoods are so bereft of houses that pheasants hide in the vacant lots. And the cost of living is unbeatable. Earlier this year, an auctioneer was trying to unload a bungalow for $18,000. When no one would bid, he reminded his audience, “You get the land under the house, too.”

OK, so Detroit’s a tough place to find a job. How about Cleveland? It’s half the size it used to be, which means 500,000 people are driving on freeways built for a million. Commuting is a breeze. Syracuse would love to have you, too. They’ve lost a higher proportion of young people than any other city in the U.S., perhaps because they engineered their own demise, being the headquarters of Carrier Air Conditioning, the appliance that made the Sun Belt possible. But they still have Syracuse Orange basketball. And Dinosaur Barbecue, which has the best ribs in Upstate New York, and the funniest bathroom graffiti anywhere.