But it’s more widely known as “rock snot”—mats of algae carpeting the bottoms of some rivers and lakes—and it’s quickly spreading around the globe, possibly because of climate change, a new study says. 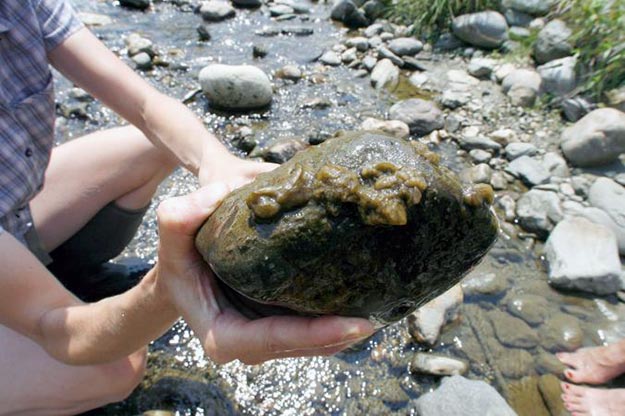 So far, scientists say its effects on the environment are unknown, though they are concerned specifically about the impact on salmon.

As the algae spread worldwide in recent decades, including to New Zealand, South America, and the United States, scientists theorized that it was an invasive organism whose cells were hitchhiking with people as they enjoyed the outdoors.

Not so, found Joshua Kurek, a biologist at Queen’s University in Ontario, Canada, and his colleagues.

Instead, Kurek’s research suggested that the algae’s spread is intensifying because “climate warming is pushing these river systems into conditions that didymo prefers,” including less ice cover and fewer nutrients. 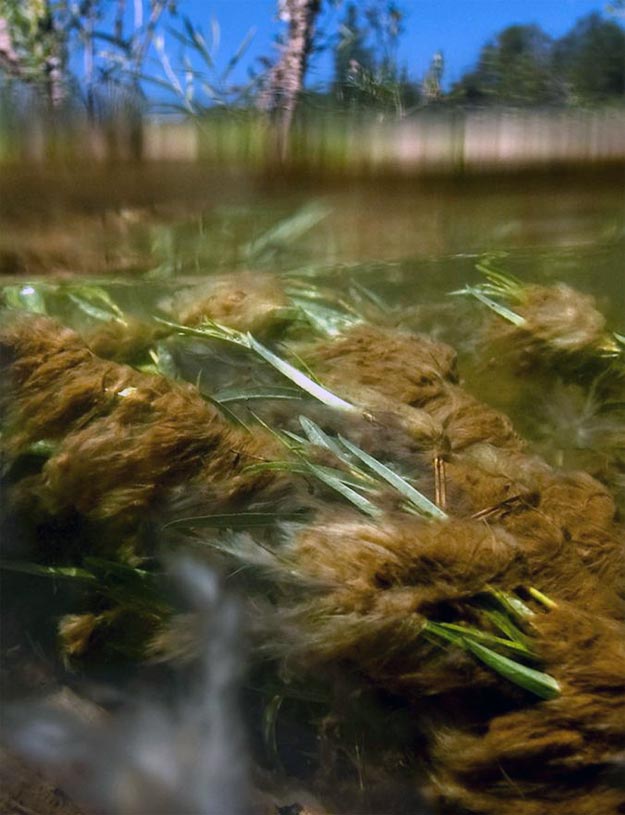 No New Kid on the Rock

Scientists first recorded a bloom of didymo in 2006 in Quebec’s Matapédia River, whose bottom was covered in sections by thick clumps that resemble a “filthy shag carpet,” according to Kurek, a co-author of the new study, published February 26 in the Canadian Journal of Fisheries and Aquatic Sciences.

“Prior to 2006, no one had officially reported a bloom to a management authority or government agency in eastern Canada,” he said, although the species has been described since the early 20th century. “What we’re seeing now is exceptional.”

For the study, Kurek and colleagues analyzed sediments dating to 1970 that were taken from two lakes near where rock snot was first discovered.

The results “were really telling—out of the 20 samples that we analyzed, 19 of them had evidence of didymo,” said Kurek.

The team also found evidence that didymo had exploded in one lake by 5,000 percent between 1970 and modern times. Local air temperatures rose and ice cover on lakes and rivers shrank over the same time period.

Hans Paerl, an algae expert at the University of North Carolina at Chapel Hill, said he agreed with the team’s conclusions that rock snot is not invasive and is instead taking advantage of our changing world. (See a map of global warming’s effects.)

“Climate change has opened up the habitats that diatoms as well as other algae can now thrive in,” said Paerl, referring to the term for a widespread group of marine algae. (Read more about freshwater threats.)

In addition, less ice means that more sunlight reaches the diatoms, which allows the photosynthetic organisms to grow even more.

Kurek and Paerl—who was not involved in the study—agreed that rock snot will likely continue to spread as long as the world warms, potentially causing problems for fish and other wildlife.

Kurek and colleagues are concerned that the algae will impact juvenile salmon, which eat tiny animals that live on the normally smooth rock bottom of rivers—many of which are now carpeted by algae and are home to different types of prey.

But no one knows yet if that’s bad for the young fish, he cautioned: “We don’t have a good handle on direct impacts to the salmon in rivers.”