Audi is making a new fuel for internal combustion engines that has the potential to make a big dent when it comes to climate change – that’s because the synthetic diesel is made from just water and carbon dioxide. 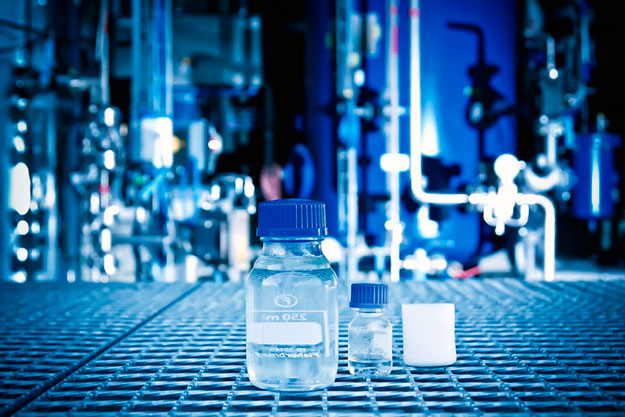 The company’s pilot plant, which is operated by German startup Sunfire in Dresden, produced its first batches of the “e-diesel” this month. German Federal Minister of Education and Research Johanna Wanka put a few liters of the fuel in her work car, an Audi A8, to commemorate the accomplishment.

The base fuel is referred to as “blue crude,” and begins by taking electricity from renewable sources like wind, solar or hydropower and using it to produce hydrogen from water via reversible electrolysis. The hydrogen is then mixed with CO2 that has been converted into CO in two chemical processes and the resulting reactions produce a liquid made from long-chain hydrocarbons – this is blue crude, which is then refined to create the end product, the synthetic e-diesel.

Audi says that the carbon dioxide used in the process is currently supplied by a biogas facility but, further adding to the green impacts of the process, some of the CO2 is captured directly from the ambient air, taking the greenhouse gas out of the atmosphere. 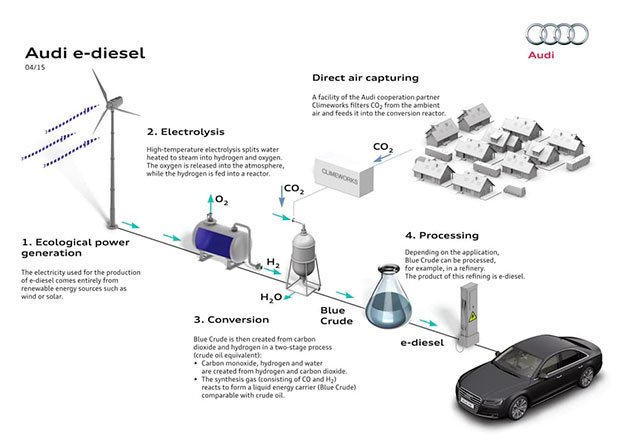 Sunfire claims that analysis shows the properties of the synthetic diesel are superior to fossil fuel, and that its lack of sulphur and fossil-based oil makes it more environmentally friendly. The overall energy efficiency of the fuel creation process using renewable power is around 70 percent, according to Audi. 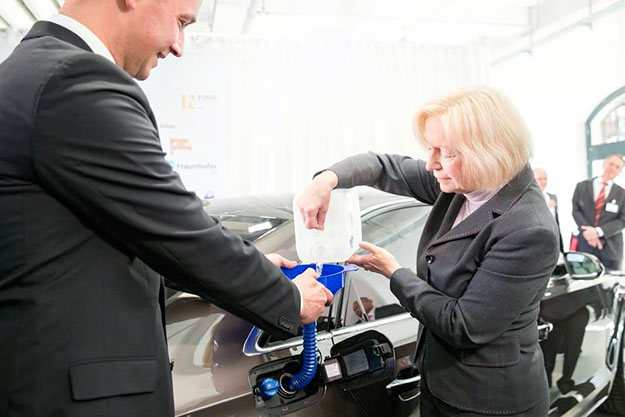 The fuel can be combined with conventional diesel fuel, as is often done with biodiesel fuels already. 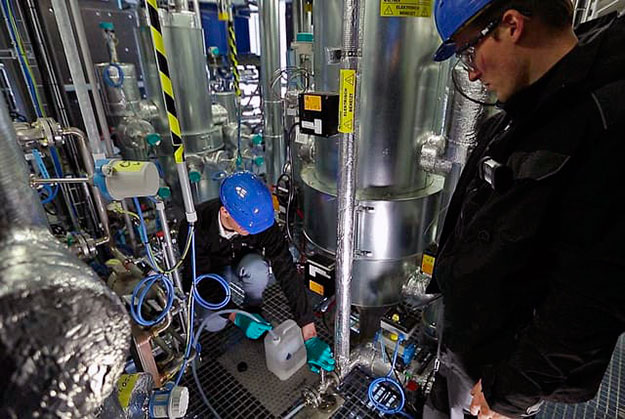 The Dresden pilot plant is set to produce about 42 gallons (160 l) of synthetic diesel per day in the coming months, and the two companies say the next step is to build a bigger plant. 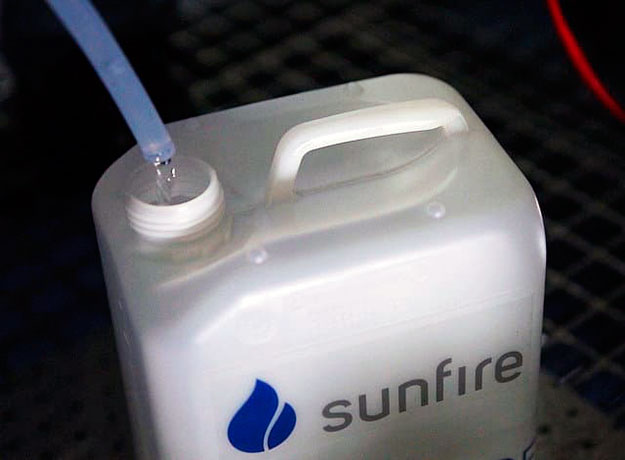 “If we get the first sales order, we will be ready to commercialize our technology,” von Olshausen says. 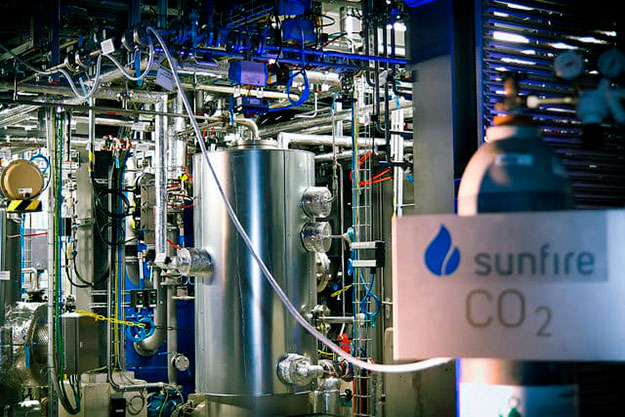 Sunfire anticipates that the market price for the synthetic diesel could be between 1 and 1.5 Euros per liter, which would be nearly competitive or a little more expensive than current diesel prices in Europe, but the actual figure will be largely dependent on the price of electricity. 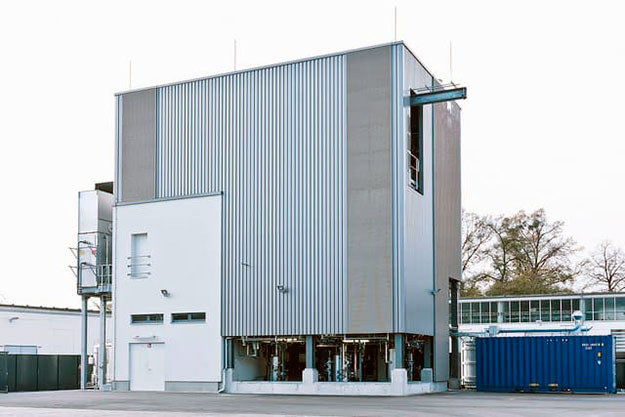 For an overview of the production process, check out the promotional video below.