What’s Really in the Well? 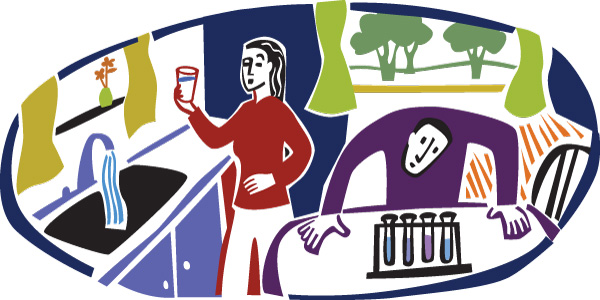 YOU’VE found the perfect summer cottage in the country. You can bicycle into town. There are a couple of good restaurants. The shops are cute, and your friends are eager to visit. The house passed the usual presale inspection, the closing was a snap, and now you’re moving in and reaching for the kitchen tap to get a glass of water.

If you had bought a cottage in New Jersey, state law would have required that water from the well be tested and the results provided to you. But yours is in New York, where there is no state law and little testing. “It is highly probable that the majority of private wells have not been tested in the past five years,” Ann T. Lemley, professor at the College of Human Ecology at Cornell University, said of New York State. “Testing private wells is generally the responsibility of the homeowner. Some communities are enacting laws requiring well testing prior to real estate transactions.”

But the water is clear and tastes O.K. Your second home’s previous owner seemed healthy enough. What could be wrong?

Plenty. Water can look and taste normal and still be unsafe, and some of the ill effects of tainted water can take years to show up.

The most common contaminant, and the one leading to the most health problems, is bacteria. E. coli, in particular, poses a threat to infants, the elderly and people with compromised immune systems. Volatile organic compounds, like benzene, carbon tetrachloride, toluene, trichloroethylene and methyl tertiary butyl ether (M.T.B.E.), are possible carcinogens.

And Amy Galford, a water quality specialist at the College of Human Ecology at Cornell, said, “Nitrates can enter groundwater from septic systems and fertilizers and, in moderately high concentrations, can affect blood cell function — blue baby syndrome — in infants.” In addition to testing for nitrates, parents of infants and toddlers should also test for heavy metals.

You should be especially concerned if you bought an older house that has a dug well, which is usually rather shallow and more susceptible to contamination, Ms. Galford said. Contaminants can enter groundwater from many sources — industrial or agriculture runoff, failed septic systems and oil or gasoline leaks or spills, as well as from the surrounding soil and rocks, which may contain naturally occurring arsenic.

So, before you taste that glass of tap water, get it tested. The New York State Department of Health provides a list of labs sorted by county at www.wadsworth.org/labcert/elap/comm.html. The Environmental Protection Agency offers help finding labs around the nation: www.epa.gov/safewater/labs.

And if the lab reports a problem? “There are solutions for virtually every problem,” said Harvey Klein, lab director for Garden State Laboratories in Hillside, N.J., which conducts water safety tests for homeowners.

For example, ultraviolet light and shock chlorination (pouring chlorine into the well and then flushing the system) can be used to kill bacteria. Reverse osmosis filters can remove harmful metals, and carbon, and other filters can address other problems. Web sites like www.nsf.org and www.epa.gov/safewater answer most questions about well water safety. Most remedies won’t break the bank. For example, an under-sink reverse osmosis system is $399 at www.purewaterexpress.com.

Just passing one test is not enough. Most experts recommend annual testing. Tests are also recommended if there’s a change in the taste or clarity of the water, if there is a site disturbance like nearby construction, if any family members suffer recurring gastrointestinal illness or have a weakened immune system, or if neighbors have problems with their well water.

Sometimes the problem is not the water but the well. Some well fittings and pipes may leach lead into what is otherwise perfectly potable water. Sometimes there’s another problem.

“We had an interesting case where someone was selling a home and had the well tested,” Dr. Lemley said. “There was a low positive coliform test. Shock chlorination would take care of it, but a week later there would be a continued low positive test. This happened several times. The groundwater in the area was generally known to be good, so a well inspector came out and looked at the casing of the well.”

A small crack was found in the casing that allowed bacteria-carrying surface water to run into the well. The well, which was in the Finger Lakes region, was repaired and the problem solved.