Graphene membrane separates the salt from the seawater

Water may cover the majority of the planet’s surface, but thanks to a huge helping of salt, it’s hard to tap into as a source of drinking water. Once again, graphene could come to the rescue. Researchers at the University of Manchester have developed a graphene-oxide membrane with a scalable, uniform pore size that can filter out even the smallest salts, without affecting the flow of water too much. 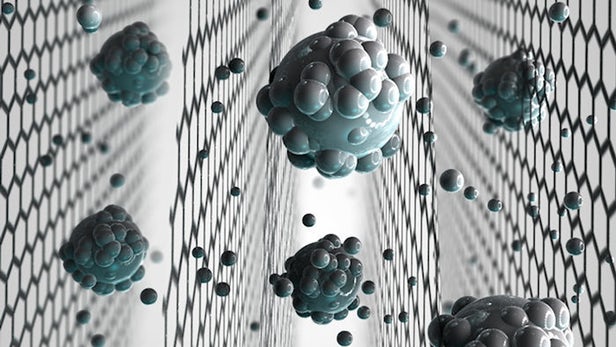 Desalination plants already use a variety of techniques to produce safe drinking water, including shocking the salt and water into separating, using salt-attracting membranes, or harnessing the power of ocean waves to purify water and pump it back to shore. Graphene has already lent a hand before, too, acting like a big sponge that sits on the water’s surface, drawing water up through it and cleaning it in the process.

The wonder material has also been put to work as a water filtering membrane that performed well at removing some particles, organic molecules and salts, but according to the Manchester researchers, it couldn’t catch the smallest common salt ions. That’s thanks to the fact that these membranes tend to swell up when submerged in water, which messes with the spacing between the graphene-oxide layers and lets the salt molecules slip through with the water.

The Manchester researchers claim they’ve found a way to limit how much the membranes swell in water, by physically confining the material. That allows them to precisely tune the size of the pores, and keep out the unwanted salts, particles and molecules by simply making them smaller than the diameter of the common salt ions. The team reports that 97 percent of sodium chloride ions are rejected by the membrane, while still allowing water to flow through fairly freely.

Scalability is one of the big factors in how viable the method is, and the researchers believe that their graphene-oxide membrane could comfortably scale both up and down. Upwards, and the method could help improve the efficiency of desalination plants. Scaling down, the filters themselves could be used as inexpensive water purifiers for developing countries with limited access to clean water or large-scale desalination plants.

“Realization of scalable membranes with uniform pore size down to atomic scale is a significant step forward and will open new possibilities for improving the efficiency of desalination technology,” says Professor Rahul Nair, co-author of the study. “This is the first clear-cut experiment in this regime. We also demonstrate that there are realistic possibilities to scale up the described approach and mass produce graphene-based membranes with required sieve sizes.”

Longer term, the team points out that the basic idea of tuning the pore sizes to filter out specific ions could be applied to different membranes, for different purposes.

“The developed membranes are not only useful for desalination, but the atomic scale tunability of the pore size also opens new opportunity to fabricate membranes with on-demand filtration capable of filtering out ions according to their sizes,” says Jijo Abraham, co-lead author of the study.

The research was published in the journal Nature Nanotechnology.