Texas and New Mexico are squaring off over water rights in a case before the U.S. Supreme Court, but the issues at the heart of the disagreement were settled in 2008. 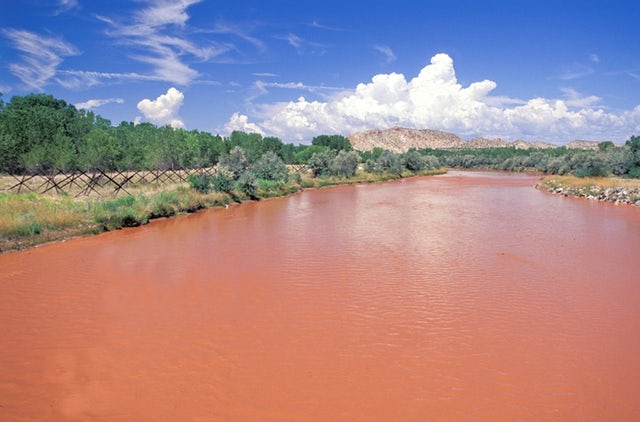 Earlier this month, the United States Supreme Court heard arguments in a case pitting Texas against New Mexico over water rights along the Rio Grande. The Lone Star State initially filed suit against its partner in the Rio Grande Compact in 2013, charging project mismanagement and illegal use of water from the river and its connected groundwater in a roughly 130-mile stretch as the river leaves New Mexico and enters Texas.

The thing is, the two local water districts in southern New Mexico and Texas at the heart of the controversy had already resolved the primary issues underlying the case years earlier – and everyone played nicely for a few years, sharing the water. But then, in 2011, the state of New Mexico decided it didn’t like the agreement and tried to void the local districts’ deal. So Texas, in turn, filed suit, and the case went straight to the Supreme Court – which brings us to today.

At stake are thousands of acres of irrigated farmlands – pecan orchards, chile farms, onions and other row crops – that stretch like green ribbons along both banks of the Rio Grande as it winds its way through the desert of southern New Mexico.

While farmers have worked the fertile floodplains of the Rio Grande for centuries, this broad stretch of farmland exists year-round and free of annual floods and dry spells thanks to two things: the 1916 Rio Grande Project and the 1938 Rio Grande Compact.

The Project created a series of water works, including Elephant Butte Dam and Reservoir, which stores water and manages floods in wet years and keeps water in the river during dry times. The whole system extends well into Texas, supplying farmers along the way in both states. Twenty-two years after the Project took hold, the Compact officially divvied up the waters among the three states through which the Rio Grande flows – Colorado, New Mexico and Texas – based on the amount of water measured throughout the river system. (Because of this, the Supreme Court case names Colorado, though Colorado is not immediately involved in the underlying dispute.) Based on the wording of both the Project and the Compact, New Mexico farmers downriver from Elephant Butte Dam are in the odd position of depending on water from a source that also supplies Texas.

Insert drought: for most of the past 20 years, this whole disputed territory has suffered a series of droughts. Elephant Butte has not regularly filled as originally planned, and farmers have turned to pumping groundwater to meet their needs.

Texas’ main argument in the suit is that groundwater pumping for irrigation wasn’t covered under the 1938 compact. Texas contends that the groundwater is essentially attached to the water in the Rio Grande and Elephant Butte Reservoir. River water is drawn into the ground in times of high pumping, and more water then needs to be released from the reservoir to reach the quota bound for Texas. But Texas says that water is meant to be stored for Texas farms in drought years.

None of this is new. In fact, after years of previous wrangling, the three players directly involved in the dispute – Elephant Butte Irrigation District, which manages water between the dam and the Texas border; El Paso County Water Improvement District, which manages water on the Texas side; and Bureau of Reclamation, which manages the physical water system – collectively created the 2008 Operating Agreement. That document clearly laid out water use and metering of both surface and groundwater along the disputed stretch. 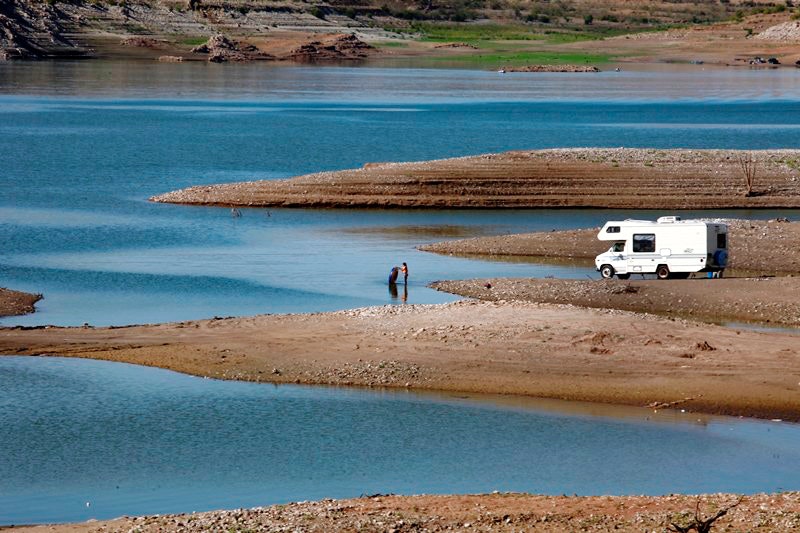 “It wasn’t pleasant, I’ll be honest with you,” Gary Esslinger, Elephant Butte Irrigation District manager and treasurer, said of those negotiations. But in the end, both water districts felt they had a deal they could work with, and farmers could get on with farming.

Enter the State of New Mexico and then-Attorney General Gary King, who, in 2011, sued the Elephant Butte Irrigation District, El Paso County Water Improvement District and the Bureau of Reclamation in both state and federal courts. He argued that the Operating Agreement gave too much water to Texas. And in light of that, two years later, Texas began its Supreme Court fight.

“Make no mistake, we had it solved,” said Phil King, professor of civil engineering at New Mexico State University. He helped negotiate the 2008 agreement with Elephant Butte Irrigation District.

“We still think to this day that we might not be in the Supreme Court, had New Mexico not threatened the 2008 agreement,” Esslinger said.

The stakes are high. If New Mexico loses, the state could be penalized for misappropriated water as far back as the 1940s – a bill that could reach north of $1 billion. In addition, the state may have to allocate more of its water to Texas in the future.

Meanwhile, farmers continue to operate under the 2008 agreement. Also, the Elephant Butte Irrigation District, El Paso County Water Improvement District, Bureau of Reclamation and other, smaller water users in New Mexico’s lower Rio Grande Valley are in closed-door talks to try to hammer out another deal – one amenable to both states and that makes the Supreme Court case moot. New Mexico’s current attorney general, Hector Balderas, has also indicated he wants to settle the case.

“I’m really very optimistic that something will work out,” says John Fleck, the director of the Water Resources program at the University of New Mexico. But “however this gets resolved, there will probably be less water for farming in the lower Rio Grande.”

And that’s because of drought.

This year, New Mexico is off to one of the driest starts in recorded history, with snowpack levels at small fractions of their average amounts. So far, the Elephant Butte Irrigation District is projecting it will have about one-third the amount of irrigation water this year that it did last year.

“The best thing we have going for us is we have people down here talking,” says Esslinger. “Maybe we can work something out and settle this thing.”