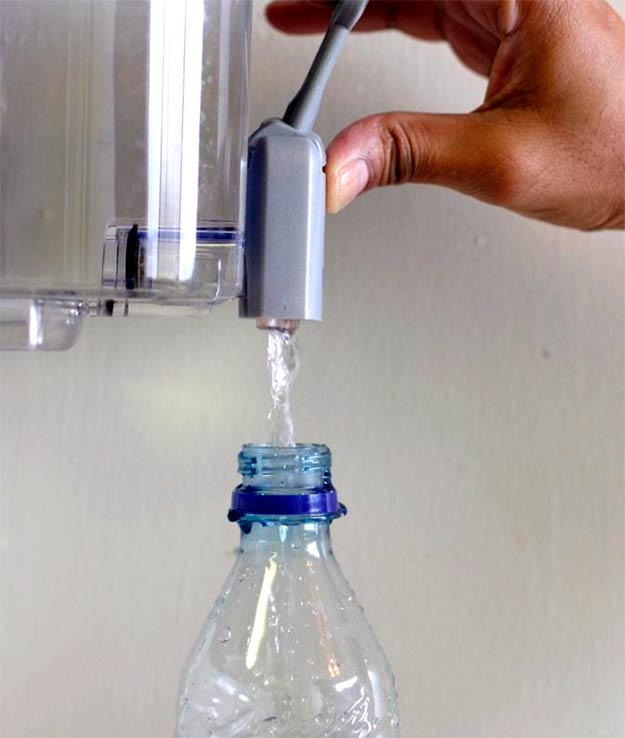 So you bought a bottle of water instead of bringing your own refillable container. It’s not the most environmentally friendly choice, but never fear: once it’s empty, you can just refill it a few more times. Reduce, reuse, recycle, right? Well, we’ve got news: multiple studies show that refilling disposable water bottles is a health risk.

Spoiler Alert: It’s Not the Chemicals

Before we go spreading myths, let’s get one thing straight: claims that you shouldn’t reuse plastic bottles because they’ll leach chemicals into your water are mostly unfounded. In 2014, such a myth circulated over email, saying that plastic bottles contain DEHA, and that DEHA is a potential carcinogen. The truth is that the commercial bottles and food containers you encounter are made from polyethylene terephthalate (PET), which don’t contain DEHA. Even if they did, DEHA isn’t considered a carcinogen. According to the American Chemistry Council, PET has been thoroughly tested to make sure nothing harmful transfers from the plastic to its contents.

Come In, Bacteria! The Water’s Fine

So if it’s not the plastic chemicals you should be worried about, what isthe harm in reusing disposable plastic bottles? It’s actually something much more mundane: bacteria. If left unwashed, any water bottle can harbor microbes — a 2002 study in the Canadian Journal of Public Health found that 65 percent of elementary students’ personal water bottles contained bacteria levels that exceeded health guidelines, for example. But disposable water bottles are particularly hospitable to them. That’s because whereas reusable bottles are designed to hold up to repeated refillings, disposable bottles tend to break down — and that leaves room for bacteria to camp out. As the authors of a 2007 article in Practical Gastroenterology put it, “…everyday wear and tear from repeated washings and reuse can lead to physical breakdown of the plastic, such as visible thinning or cracks. Bacteria can harbor in the cracks, posing a health risk.”

Does that mean it’s time to buy a reusable plastic water bottle? Not so fast. There’s one chemical in reusable plastic bottles that the jury is still out on. That chemical is bisphenol A, also known as BPA. It’s considered an endocrine disruptor, a chemical that interferes with the way that hormones behave in your body. The National Institute of Environmental Health Sciences points out that a 2008 review expressed “some concern for effects on the brain, behavior, and prostate gland in fetuses, infants, and children at current human exposures to bisphenol A.” More research is needed, but as for now, it may be a good idea to avoid the stuff. BPA tends to lurk in polycarbonate plastic, which you generally find in sturdier plastic bottles.

So what is the answer? You might want to avoid plastic water bottles altogether and go for another material. Glass water bottles don’t impart a flavor to the water like metal and plastic can, they’re sturdy enough to resist the scratches and cracks — and therefore resist bacterial growth — and can be washed in a dishwasher without damage. If you’re worried about keeping your water cold, stainless steel bottles often have the benefit of double-wall insulation. If you’re trying to stay healthy, it’s a great idea to drink plenty of water — it’s just healthier if that water isn’t full of harmful bacteria.