Plastics are flooding into the oceans. But you can help. 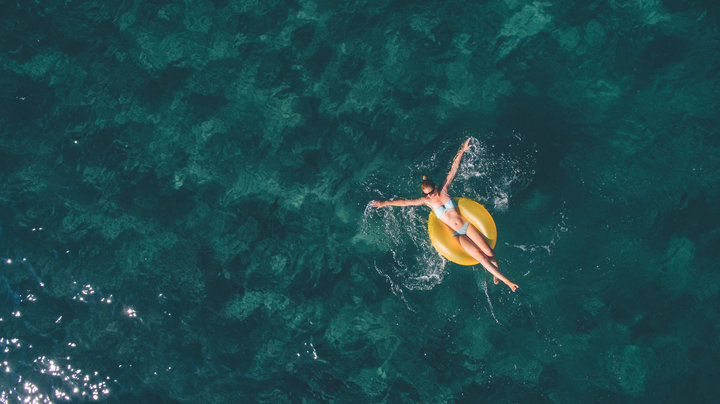 This story is part of a series on ocean plastics.

Worryingly, it remains unknown exactly how all these plastics ― which don’t biodegrade and could linger in the environment for centuries ― could impact human health and the world around us. But here’s a heartening truth: We can all do something to mitigate this growing plastics crisis. Yes, all. From entrepreneurs and corporations who need to rethink the way plastic products are designed and manufactured; to lawmakers who can push for the protection of fragile environments from plastic pollution; to individuals (that means you) whose seemingly small daily actions can add up to something huge, we all have a role to play.

“The one thing I’ve learned in doing my research is that population density is a huge driver of ocean pollution, so especially in places with high population densities, our individual choices really do matter,” said Jenna Jambeck, an environmental engineer and plastics expert. “Things that may seem mundane, like using a reusable bottle or a reusable bag — when taken collectively, these choices really do make a difference.”

Here’s what you can do right now to reduce your personal plastic footprint:

1 Reduce use of all plastic products, but especially single-use ones 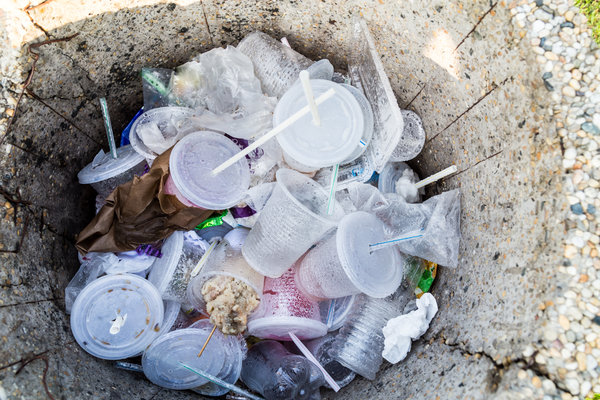 Plastics are an invaluable material, used to make everything from medical equipment to parts of buildings, and nixing them completely from your daily life would be near-impossible. “Plastic has done incredible things for us as a society and it has an appropriate place,” said Nick Mallos of the Ocean Conservancy.

What we need to remember is to use less plastic (and really, reduce consumption generally) ― that includes recyclable plastics and compostable or biodegradable ones, too.

“Someone might buy a new iPhone and say, well, since I recycled my old phone with Apple, I’m all good. But Apple doesn’t tell you just how little of that iPhone actually gets recycled,” said Adam Minter, author of Junkyard Planet: Travels in The Billion-Dollar Trash Trade. “People need to stop thinking of recycling as a ‘get out of jail free’ card. You haven’t actually done anything good for the environment. You’ve just done something less bad.”

“If we really want to deal with the waste problem we’re facing, we need to think deeper about the nature of consumption itself,” Minter added.

Using fewer single-use plastic products, like plastic bags, bottles, containers, straws and cutlery, is especially key. Single-use plastic items are the “biggest source of trash” found in or near water bodies worldwide, according to Mallos.

Start bringing your own reusable bag to the supermarket and a reusable bottle for your water; refuse a straw when you order a beverage, and leave a set of reusable cutlery at your desk at work. 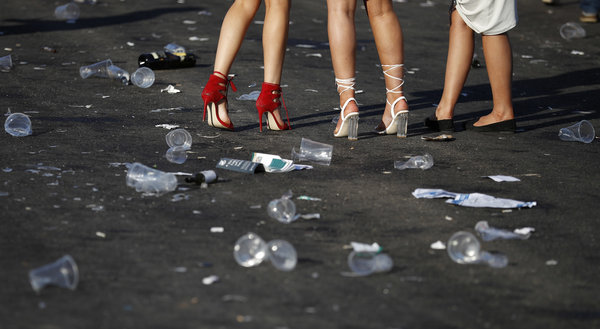 This might seem straightforward, but preventing litter is a critical step to ensuring that our plastic waste gets properly disposed of and doesn’t end up in our seas or other environments.

According to Jambeck, mismanaged waste like litter is the No. 1 cause of plastic garbage in the world’s oceans. A plastic bag that gets caught in a breeze could end up in a storm drain; that empty plastic bottle left on a beach could get carried out by the tide.

Ocean Conservancy recommends always “taking five” whenever you leave a space to ensure that you’ve collected all your trash and disposed of it properly.

Plastic bags are especially prone to becoming litter, as they are easily carried away in the wind. If you must throw away a plastic bag, be sure it’s balled up or weighed down so it can’t easily float away.

3 Recycle when you can, and do it right 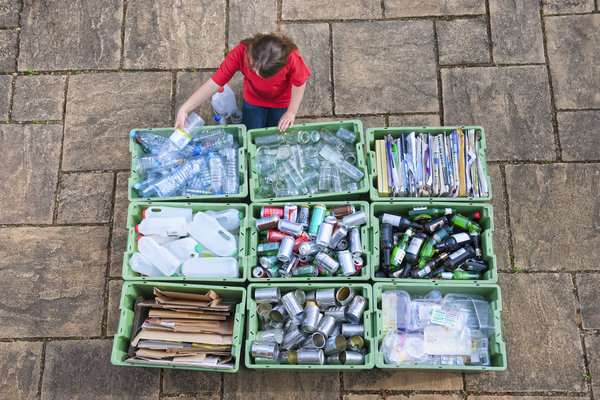 Recycling plastics, it turns out, is much more complicated than you might think — it’s so complex, in fact, that a significant amount of discarded plastics (even the ones you put into the recycling bin) don’t end up being recycled. In general, less than 7 percent of all the plastic that Americans throw away each year are recycled, and about 8 percent are combusted in waste-to-energy facilities. The rest end up in landfills.

The reasons for these low numbers are manifold, said Darby Hoover, a waste management specialist with the Natural Resources Defense Council. But generally, it boils down to two major problems: First, there are many different kinds of plastics, and not all of them are easily recycled. Second, consumers often aren’t aware of these differences and therefore don’t dispose of plastics in the best way.

“You know that little triangle on plastic products? The little triangle is not an indicator that something is recyclable. Instead, it’s merely a designation — numbered 1 to 7 — of what kind of plastic it is, what polymer that plastic is,” explained Hoover. A number 1, for instance, indicates that the item is made of pdolyethylene terephthalate (or PET, for short), a material typically used to make bottles and microwaveable food containers.

Recyclers use these numbers to determine which items can be recycled at their facility and which can’t. Different kinds of plastics typically can’t be recycled together, and many facilities won’t accept certain types of plastic at all, like styrofoam, vinyl and plastic film products like plastic bags and cling-wrap (these products have been known to gum up recycling equipment).

To add to the confusion, municipalities across the U.S. have differing rules when it comes to recycling plastics. Some might accept type 7 plastics, for instance, but others will not.

“No matter where you live, you have to check the local municipality for their rules,” said Hoover, who recommended reviewing your local city or town website for more information. You also have to continue checking in, she added, as these rules often change without much warning. 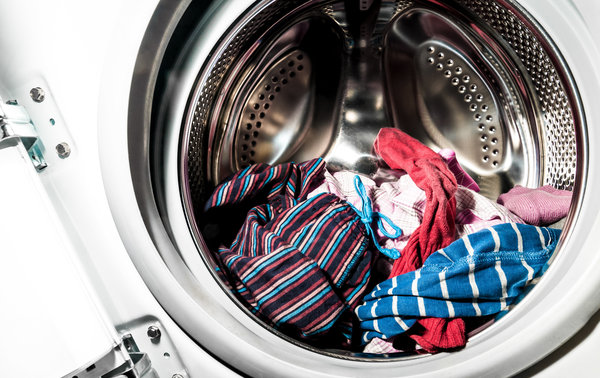 Studies have found that microplastics — plastic fragments less than 5 millimeters long — can get washed out of synthetic clothing, like those made of polyester or acrylic.

A single cycle of a washing machine could release more than 700,000 microplastic fibers into the environment, concluded one 2016 paper.

Natural fabrics to consider instead include organic cotton, wool, flax and hemp.

5 Say no to microbeads 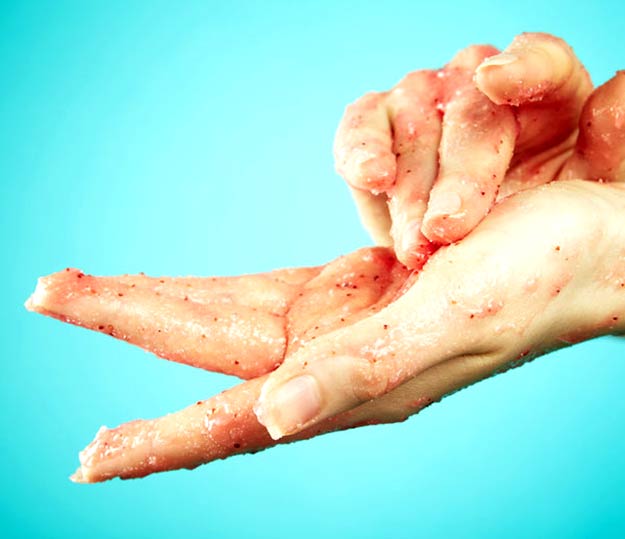 Plastic microbeads are sometimes added as an exfoliating agent to personal care and beauty products like face scrubs, soaps and toothpaste. These tiny plastic pieces can pass unfiltered through sewage treatment systems and end up in local waterways, and eventually the sea.

Recognizing the potential risk that microbeads pose to marine environments and possibly human health, several countries, including the U.S. and the U.K., have introduced bans of the substance.

Many of these bans have yet to be enforced, however, and some are limited in scope, so remain vigilant when purchasing products that could have microbeads in them. Look out for terms like “exfoliator,” “scrub,” “buff” and “polish.” 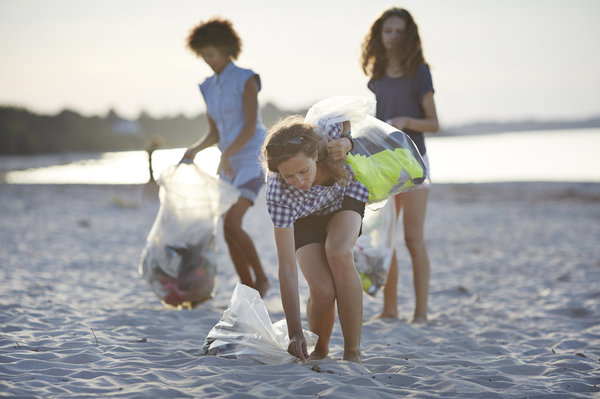 Every year, Ocean Conservancy organizes the International Coastal Cleanup, a global event that asks volunteers to collect plastic and other garbage from coastal areas and waterways. Last year, more than 700,000 people in more than a 100 countries participated in the event, collecting more than 18 million pounds of trash in a single day.

In 2017, the cleanup event is planned for Sept. 16 ― but you don’t have to wait till then to do something. Ocean Conservancy has a DIY toolkit to help you organize clean-ups in your own community. 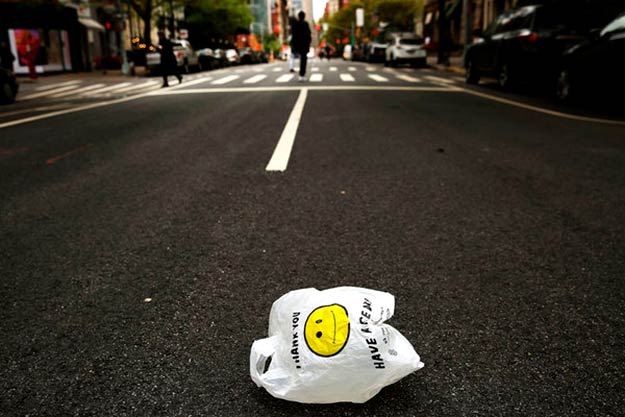 Using a plastic bag for groceries may seem convenient, but the ubiquitous sack is one of America’s greatest waste challenges. An average American family of four uses more than 1,500 plastic bags every year, according to the NRDC. Each bag is typically only used for about 12 minutes; yet since plastic bags are very rarely recycled, most of them end up in landfills, where they can languish for hundreds of years.

If everyone used fewer plastic bag, that’d be a big help. But according to Jennie Romer, a New York City lawyer and founder of the website Plastic Bag Laws, another way to make a big impact is to support single-use bag laws — specifically measures that support the reduction of all kinds of single-use bags, including plastic and paper.

Preliminary evidence suggests that single-use bag laws can be very effective in reducing waste. Across the U.S., there are already many of them in place. Last year, California became the first state to ban single-use plastic bags at all retail outlets, and in 2010, Washington, D.C., implemented a 5-cent fee for all single-use bags, both plastic and paper. Cities and towns in Texas, Hawaii, Massachusetts and Colorado, among other states, have also embraced some form of single-use bag legislation.

For most of the nation, however, plastic and other single-use bags remain widely available.

8 Support companies that have out-of-the-box approaches to reducing, reusing and recycling plastics 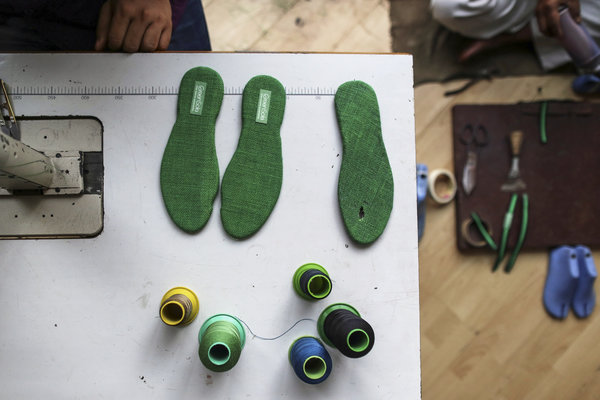 Use your dollar to support companies and entrepreneurs that are doing their part to reduce plastic waste in their business.

They might be rethinking product design, like this deodorant brand with its reusable, refillable containers; or incorporating recycled materials into their goods, like activewear companies that are turning plastic bottles into clothing or social enterprises like Greensole (pictured above) that recycles old shoes into new ones.

There are also companies out there attempting to reduce waste across their entire value chain. Take Dell, which is recycling old computers into new ones as part of a new recycling initiative. The company has also started collecting plastic trash from waterways and beaches to turn it into packaging material.

Consider also supporting green groups like 5Gyres, Ocean Conservancy and The Ocean Cleanup, which are leading the fight to clean up the world’s oceans.

9 Engage your family and friends 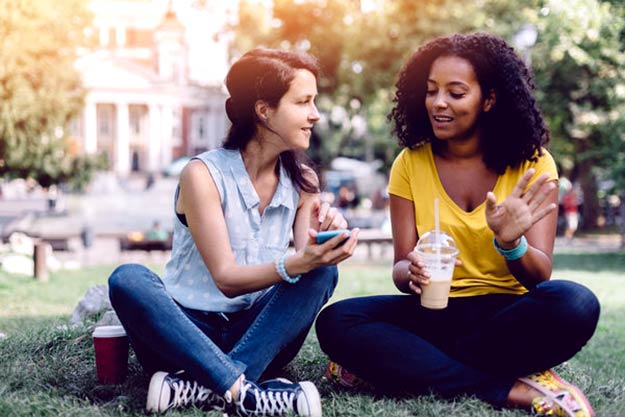 Waste is not an issue people often talk about, but for change to occur, the conversations need to start.

“This is a critical issue that’s tied up in so many other environmental concerns,” said Minter. “Yet people seem to have an aversion to it. They just don’t take much of an interest. Where’s the Paris landfill conference? You don’t see environmental groups flying celebrities into anywhere to talk about waste.”

The dialogue can begin in your own home and among your own friends. Start engaging your loved ones and your community on this important issue. 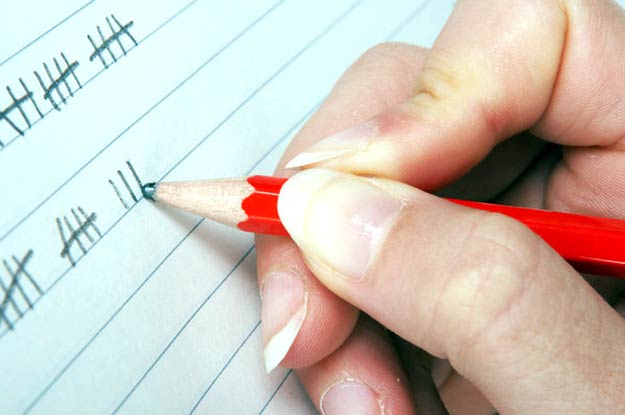 Start paying attention to the amount of plastic you use and throw away on a daily basis. And as you start cutting back on your consumption, jot down a tally of all the plastics you “save.” You’ll likely be amazed.

Ocean Conservancy also has a Clean Swell App, which lets you track your beach cleanup efforts. It lets you share your progress on social media and submit data directly into a global ocean trash database.