Projects on the scale of the $4.7 billion, 1.1-mile-long (1.7-kilometer-long) Grand Ethiopian Renaissance Dam often encounter impassioned resistance, but few inspire the kind of dread and fury with which most Egyptians regard plans to dam the Blue Nile River. 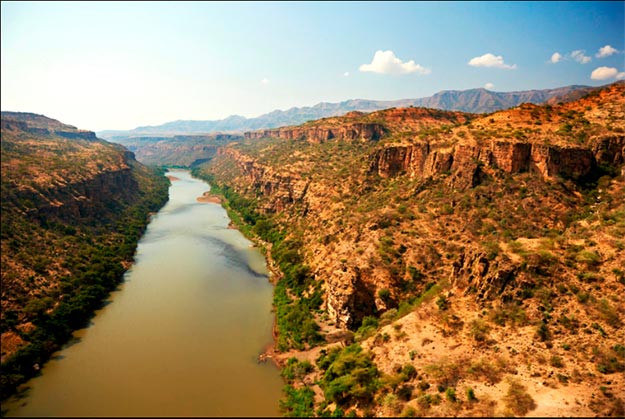 Egypt insists Ethiopia’s hydroelectric scheme amounts to a violation of its historic rights, a breach of the 1959 colonial-era agreement that allocated almost three-fourths of the Nile waters to Egypt, and an existential threat to a country largely devoid of alternative freshwater sources.

But what Egyptians regard as a nefarious plot by its historic adversary to control its water supply, Ethiopians see as an intense source of national pride and a symbol of their country’s renewal after the debilitating famines of the 1980s and ’90s.

“People are enthusiastic. They’re excited, because no leader has tried such a project in Ethiopia’s history,” said Bitania Tadesse, a recent university graduate from the capital, Addis Ababa. “It’s a big deal that is going to be beneficial to future generations.”

Ethiopia maintains that Egypt and Sudan downstream have no reason to be fearful. The government says it’s merely redressing the inequalities of previous water-sharing arrangements, which had left the nine upstream countries largely bereft of access to the Nile.