The Baltic Sea is suffering from a lack of oxygen. Poor oxygen conditions on the seabed are killing animals and plants, and experts are now sounding the alarm — releasing fewer nutrients into the Baltic Sea is absolutely necessary. 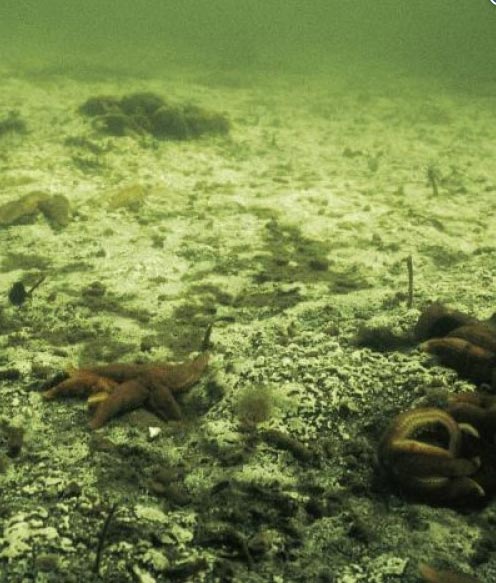 After several years of discussions, researchers from Aarhus University (Denmark), Lund University (Sweden) and Stockholm University (Sweden) have determined that nutrients from the land are the main cause of widespread areas of oxygen depletion. The results were published on 31 March in the journal Proceedings of the National Academy of Sciences.

Nutrients are the villain

The deepest areas of the Baltic Sea have always had a low oxygen content. The inflow of fresh water is actually limited by low thresholds at the entrance to the Baltic Sea. At the same time, there is a relatively fresh layer above the denser and saltier water in the deep layer of the sea. This results in an effective stratification of the water column, which prevents the mixing of water masses necessary to transfer oxygen to the water at the bottom.

During the last century, the areas of oxygen depletion have increased drastically from approximately 5,000 km2 in around 1900 to the present day, where they extend to 60,000 km2 — or about one and a half times the total area of Denmark.

“We analysed data for the water temperature, oxygen content and salinity stretching back for 115 years. On the basis of this analysis, we can determine that the many nutrients from the land are the main cause of the widespread oxygen depletion,” says Professor Jacob Carstensen, Department of Bioscience, Aarhus University.

Oxygen depletion occurs when the oxygen uptake at the bottom exceeds the amount of oxygen brought to the deeper water layers via currents and mixing by the wind.

During the last twenty years, climate change has also played a role in the poor oxygen situation. Warmer conditions reduce the solubility of oxygen from the atmosphere and increase oxygen consumption because the biological respiration processes are boosted.

“The water temperature has risen and will continue to rise in the years ahead. It’s therefore extra important that all the countries surrounding the Baltic Sea are committed to the Baltic Sea action plan they joined, and that they comply with the necessary efforts to reduce the release of nutrients into the Baltic,” emphasises Professor Carstensen, who is also director of the Baltic Nest Institute in Denmark.

Oxygen depletion on the seabed has a negative impact on the entire ecosystem. This is partly because the seabed turns into a ‘desert’ inhabited only by bacteria that can survive without or with very low amounts of oxygen. Some bacteria produce methane, which can bubble up to the water and tear large areas of the toxic, hydrogen sulphide-rich seabed with it. This involves sediment disturbances that can kill fish high up in the water column.

Studies show that it takes decades before benthic fauna once more return to a dead seabed when the oxygen conditions improve.