The publication of the latest Water Security Risk Index from Maplecroft has shown that many oil producing countries are rated ‘extreme risk’ when it comes to the stability of their water supplies.

The Water Security Risk Index is an annual report produced by Maplecroft that measures the future stability of water supplies across 162 countries and this year, six OPEC countries: Kuwait, Egypt, Iraq, United Arab Emirates, Saudi Arabia and Libya were rated ‘extreme risk’, while Iran and Qatar were rated ‘high risk’. 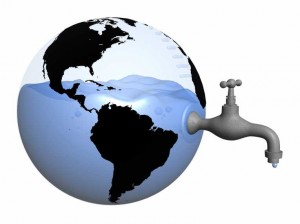 The danger is that disruption to water supplies could, in turn, lead to higher oil prices, as high volumes of water are needed in the oil production process. Huge quantities of ‘lift water’ are often used to force oil from wells with insufficient geological pressure to bring the oil to the surface. If sufficient water is unavailable, then this could result in interruptions in production, oil shortages and inevitable hikes in the cost of a barrel of oil.

”Irrigation accounts for 76 per cent of water use in the country. With growing population demands and large economic development plans, our water scarcity problem may grow more acute.”

A recent survey in the country showed that a quarter of UAE couples fear there will not be enough water for their children’s needs in the future.

There’s the added problem of civil unrest. Many of these Middle Eastern counties are already experiencing increased public demonstrations due to increasing food prices and it’s thought that the possibility of water shortage could further fuel this unrest.

In addition, disputes over transboundary water supplies could be a source of wider political trouble. The River Jordan, for example, has been the cause of several conflicts between Israel and Jordan. As water becomes scarcer in the Middle East, it is inevitable that countries will take steps to secure water supplies that may be seen by their neighbours as an act of provocation.